The delay of Baldur's Gate III's launch in early access launch prevented us from returning to the world of this iconic RPG in September. Fortunately, we will have a chance to try out the title tomorrow. Another thing is that some people already started playing the game. Thanks to this we can present the world map of the third installment of Baldur's Gate. 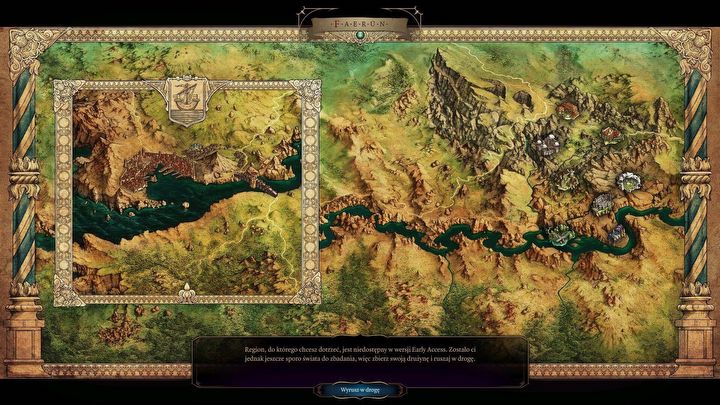 Early access will offer a limited number of locations.

Of course, the map of Faerun shown on the picture is not complete. Only in the east we can see icons representing unlocked locations. Let us also remind that in early access we will only get access to the first act, so don't expect learning all the game's secrets before the release of the full version. Baldur's Gate III will be coming to Steam, GOG.com and Google Stadia tomorrow. In the meantime, we can check out information about races and classes and relations with NPCs that have been revealed in the last days.

Flood of Fan-made Animations From Among Us