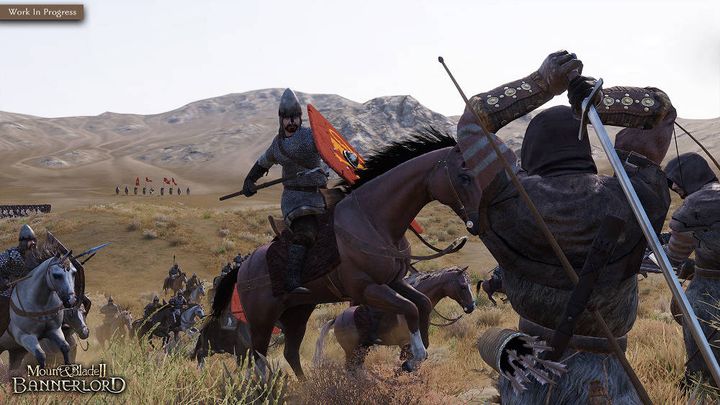 A few days ago, the long-awaited action RPG Mount & Blade II: Bannerlord made its debut in Steam Early Access. The production was very warmly welcomed by the players (83% of users rated it positively), but it doesn't mean that it is free of bugs and problems. In the comments there are accusations concerning, among others, artificial intelligence and the functioning of the combat system. For example, in some situations one naked character was able to deal with dozens of AI-controlled enemies - and this with the level of difficulty of clashes set to "Realistic". 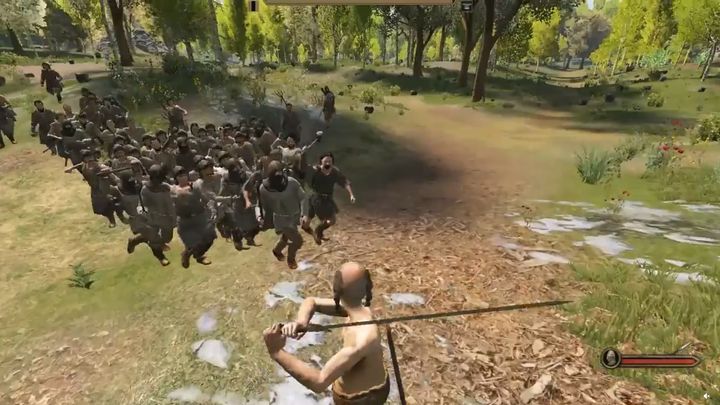 Thanks to the lack of load and fast running skills, the hero is able to stay out of reach of enemies, while a two-handed sword enables him to attack from a safe position (in addition, his attacks often hit several enemies at once). There is, however, a catch - the application of this strategy requires building the character in such a way that it's basically only suitable for this (you only need to focus on athletics and two-handed weapons).

According to some Internet users, the described strategy can be considered a kind of exploitation - using the limitations of the game (in this case AI and animation system) in a way that was not planned by the developers. Some people demand that the skills in question be nerfed. The author of the aforementioned posts on Reddit disagrees with this assessment.

"My entire character is created with this one goal in mind. I have no points in skills other than two-handed weapons and athletics. I'm hopeless in everything else, and doing this much more difficult than buying a horse and running around with bow and arrow. Not to mention that the latter strategy [using a horse - editorial note] completely massacres my build. But somehow I don't see any of you begging for nerfing of cavalry and archery.

I'm screwed in any situation except killing criminals and the lowest tier units. Min-maxing always enables you to achieve amazing results within what you specialize in. No combat system is balanced. Try to play an online game and see how fast you die without a shield," the post's author argues.

Or maybe it's a problem with the game?

The argumentation quoted above seems to make sense, but I don't think it offers the full picture. It cannot be ruled out that Mount & Blade II: Bannerlord does indeed have a problem with animations - moving sideways and attacking makes it possible to achieve exceptionally good results in other situations too. And not only in single player mode, but also during online battles, which we can read about in the next post on Reddit.

"As someone who has no skill in blocking and a focus on Bows this have been my standard tactic for every one on one encounter I have run into. There is nothing quite like running circles around someone while you stab them to death. Good to see I am not the only one doing this," says zyl0x. 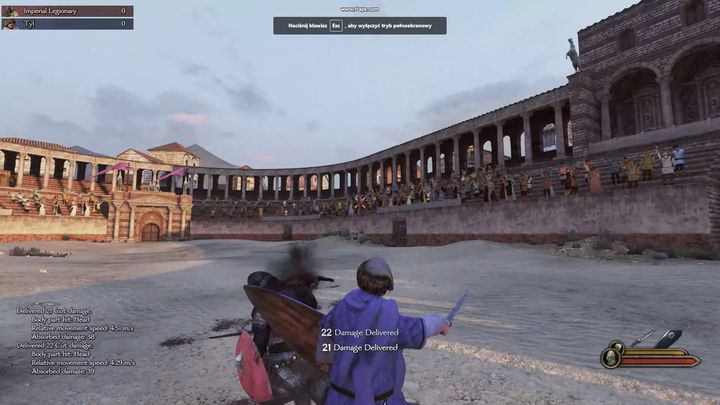 According to some players it's simply a matter of betting on specific skills and using the advantage you have over your rival.

"But is this really an exploit? His character may have a higher skill in athletics and less armor than the person he is fighting. This means he uses more mobility and legwork to win, rather than trying to face a potentially stronger opponent. I think it all depends on whether someone can do it regardless of how their statistics are distributed, or whether it only works if the mobility of the character is much greater than that of the opponent," CrimsonBSD argues.

Interestingly, some users point to the fact that the situation was very similar in previous installments of the Mount & Blade series.

Finally, it is worth noting that Mount & Blade II: Bannerlord is available in early access, which should not be confused with the release of the full version - the date of the latter is not known yet, although the creators assume that it should take about a year to refine the title. It's quite possible that at least some of the problems and issues will be eliminated during this time.