Less than two weeks before the release of Fallout 76 on Steam, Bethesda Softworks announced that they have prepared special bonuses for players on this occasion. The most important one is a free copy of the game on Steam for everyone who bought it on Bethesda.net. All you have to do to get it is go to this address and link your Steam account to your Bethesda account. However, you have to hurry up, as this can be done until April 13.

This is not the end of the story, as players who link their accounts on both platforms or buy Fallout 76 on Steam between April 14 and April 28 will receive a free copy of Fallout Classic Collection set, which includes Fallout, Fallout 2 and Fallout Tactics: Brotherhood of Steel. 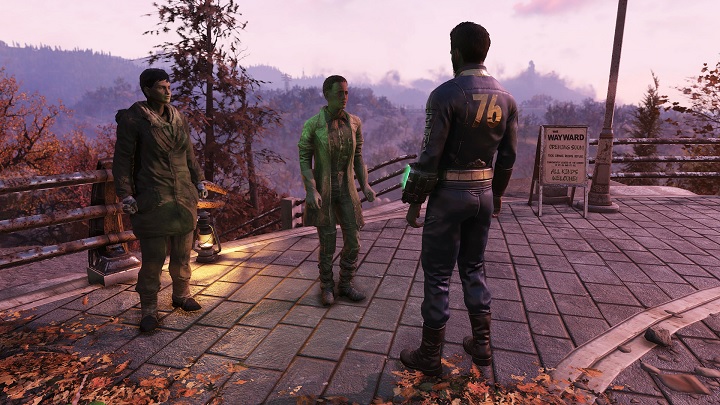 NPCs are the great absentees of the base version of Fallout 76.

The publisher also shared details on the transfer of progress between Bethesda.net and Steam and vice versa. As it turns out, for technical reasons, you will be able to freely transfer everything between them except for the Fallout 1st subscription and the accumulated Atoms. However, this restriction does not apply to items purchased on Atomic Shop (provided that we play on the linked accounts). The devs recommend that players spend their accumulated Atoms before changing platforms, while Fallout 1 subscribers should contact customer service to check available options.

It is also worth adding, that even if you have the game copy purchased on Bethesda.net installed, to check out its Steam version, you will have to download it again.

Fallout 76 with Wastelanders update will appear on Steam on April 14. The update will not only significantly expand the storyline of the original, but also introduce NPCs.