Since yesterday Battlefield 2042's beta continues in full swing. Full servers prove that the game's current technical state did not repel those willing to play - importantly, the released version is from a few months ago. Unfortunately, glitches and other bugs may not be the only obstacle that players will have to face in the coming days. Everything points to the fact that they will be joined by cheaters - as confirmed by well-known insider Tom Henderson. 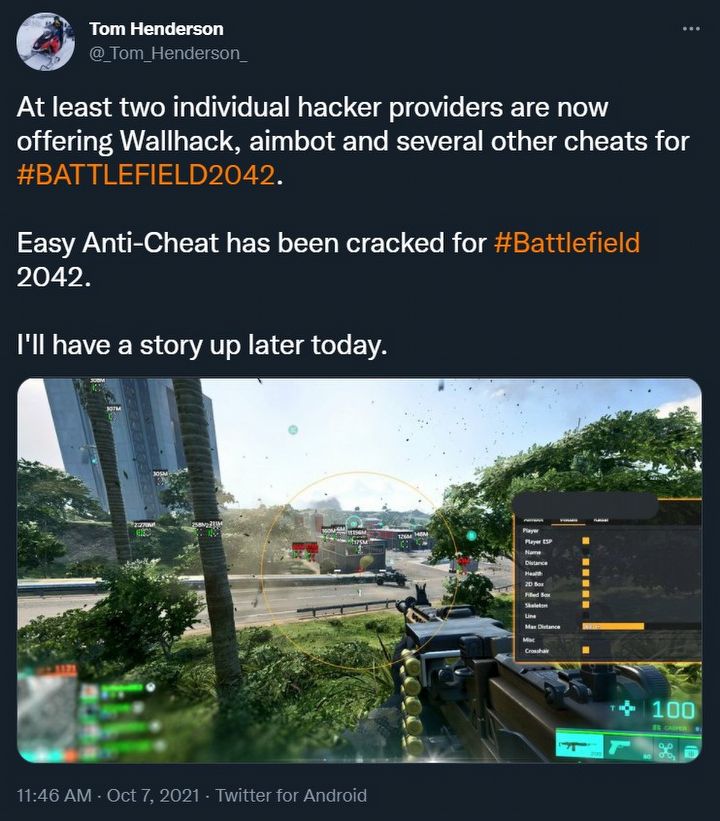 At the moment, the problem affects only the PC version although the recent example of CoD: Warzone shows that it can also move to consoles. This should not surprise anyone, because already in August hackers boasted of developing tools undetectable for DICE's security. Developers made it clear that the use of software such as aimbots or wallhacks, will result in a permanent ban.

Let's just hope that Battlefield 2042's beta will not share the fate of the one for CoD: Vanguard, in which the cheaters were able to interrupt entire matches. The next installment of Battlefield will be released on November 19 on PC, PS5, Xbox Series X/S, PS4 and Xbox One.

„It's Not Our Fault,” Claims Amazon in Reponse to GPU Problems in New World

Intel Won't Build a Factory in the UK Due to Brexit