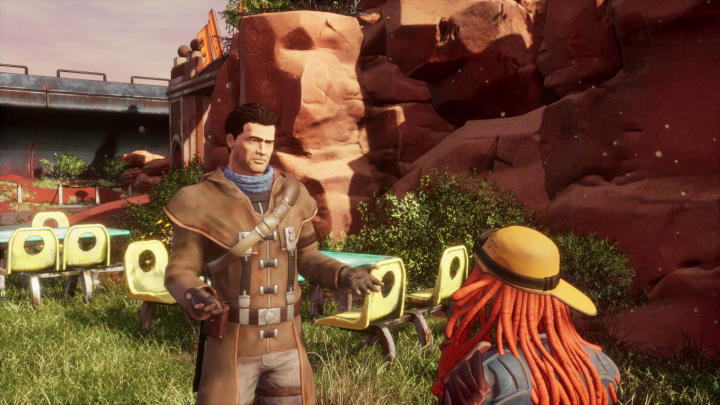 The fans had to wait more than 25 years for the second installment of Robert Foster's adventures.

The official hardware requirements of the adventure game - Beyond a Steel Sky - announced during Apple's March conference, the continuation of the iconic Beneath a Steel Sky from 1994 - appeared on Steam.

In Beyond a Steel Sky we'll again play as Robert Foster, the character from the first installment of the series. In search of a kidnapped child, he will once again find himself in Union City, one of the last big cities to survive in the unfriendly cyberpunk game world. The dev team is headed by Charles Cecil, the designer of Beneath a Steel Sky and Broken Sword series, while Dave Gibbons, the co-creator of the iconic comic book Watchtower (based on which HBO creates a TV show), is responsible for the visuals of the project.

Beyond a Steel Sky will be released on PC (Steam), iOS and unspecified consoles. We still don't know the release date of the game. The first installment, Beneath a Steel Sky, is available for free on GOG.com, as well as a remastered iOS version.