If you are interested in World War I, got bored of Verdun and Tannenberg, and don't think Battlefield 1 gets is right, then we have good news for you. Redstone Interactive and Offworld Industries, which you can associate with such productions as Squad or Post Scriptum, announced Beyond The Wire. As you can guess from the introduction, it will be an online FPS, which will take us to the battlefields of the Great War, 1914-1918. The title will make its debut in early access on PC (Steam) later this year. You can sign up for a closed alpha here. The full version can be expected in 2021 or 2022.

Early access to Beyond The Wire will offer several game modes. The heart of the game will be battles for 100 people, during which players will be divided into two teams representing one of the three factions (Americans and Germans ca be seen on the trailer, and the screenshot below shows the French). As befits a production strongly based on Squad (it will include solutions developed by Offworld Industries for the aforementioned title five years ago), the key to victory in each battle will be teamwork. 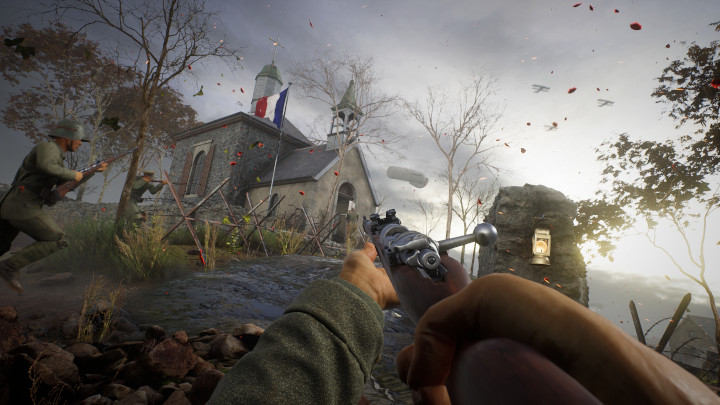 In Beyond The Wire there will be three factions, apparently including the French.

The devs promise that three maps will be available at first. They will be full of open spaces, which we while be traversing with a rich set of faithfully recreated firearms. But what is most importantly associated with the battlefields of World War I are the trenches. Of course, there will be plenty of them on the maps in Beyond The Wire. In a claustrophobic environment of fortifications, close combat will become an essential element. The team from Redstone Interactive boasts that they have prepared a special system for their needs, in which the type of weapon and soldiers' endurance will play an important role.

It is worth noting at this point that according to the description on Steam Beyond The Wire is not to be a simulation. This does not mean, however, that the creators will completely give up on historical realism. As they claim, they try to find the right balance between fun and realism. Players are supposed to help them in this. According to the promises, the voice of the community will show the way for Beyond The Wire's development. 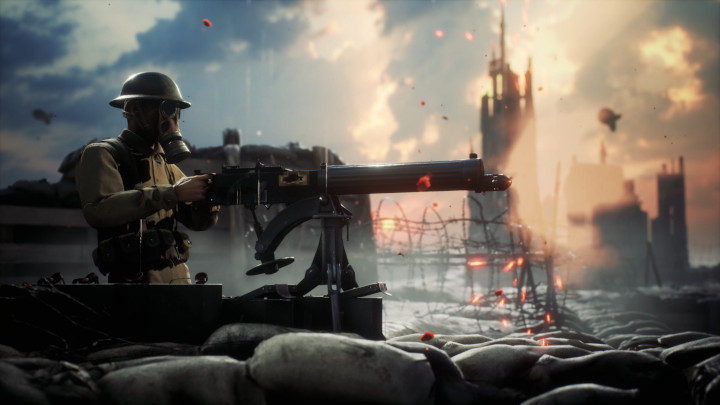 Attacking trenches under machine gun fire was a once-in-a-lifetime experience for many.

For now, Beyond The Wire is shaping up to be quite an interesting position. The only question is whether the title will gain as much popularity as Squad, which, according to Steam Charts, in peak periods is played simultaneously by more than 4 thousand people, or will it come closer to the level of Post Scriptum, where the number of virtual soldiers playing at the same time hardly exceed 1500 in the last days? Everything should be clear in the coming months.

Player Replaces All Enemies in Sekiro With the Final Boss