News of BioShock's return has been stirring the imagination of gamers for two years, but for now, the devs of the new installment of the series seem unwilling to share new information. Of course, no long-developed project is not accopanied by speculation and rumors, for example, about the time and setting. If recent leaks are to be believed, BioShock 4 will take us to Antarctica in the 60s.

The information comes from Colin Moriarty (journalist hosting the Last Stand Media podcast), who shared it with his subscribers on Patreon. The details are said to be confirmed by Video Games Chronicle's sources. However, we would like to remind you: all unofficial reports should be treated only as rumors until confirmed by the developers or publisher.

According to Moriarty, the setting of BioShock 4 (Parkside Project, as the developers call it) will be Borealis, a fictional city in Antarctica, and the plot will be connected to previous installments. The journalist also heard that the developers from Cloud Chamber have full creative freedom, but also keep everything about the game in strict confidence. 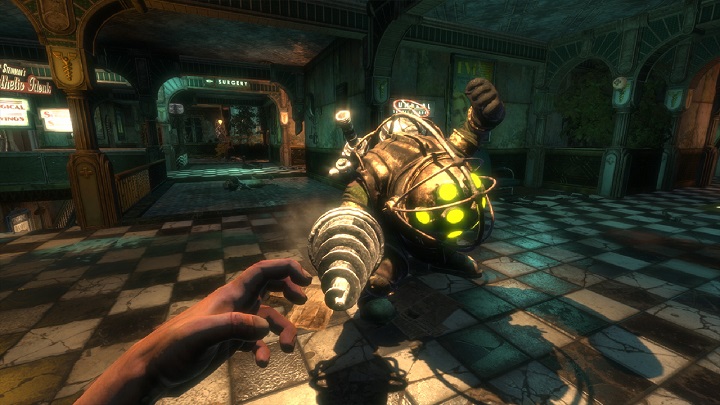 BioShock's return may take place next year. On the screenshot you can see the first installment from 2007.

Moreover, the devs are aware that their title will inevitably be compared withKen Levine's new game, which Moriarty says will also be released by Take-Two Interactive. Ghost Story Games was said to be wrapping up work on the project last year, but the lack of newer reports suggests that Levine's studio has also been affected by COVID-19.

Colin Moriarty has also revealed an alleged release date for BioShock 4. Developers from Cloud Chamber supposedly want to launch their work in 2022. Of course, the reliability of this - we emphasize again - unofficial information and the possibility of meeting this deadline in the face of growing problems with the coronavirus pandemic are separate questions.