The release of Diablo 3 took place in May 2012. On the occasion of the game's 10th anniversary, Blizzard decided to express their gratitude by introducing doubled rewards as well as making a returning game mode permanent.

The first of the changes that have been made relates to the number of rewards and Horadric Treasures. For annihilating the most wanted demons in Sanctuary, we will receive double the rewards. This will last until the end of the 26th season.

Moreover, the creators promise that for completing all five quests in a given act we will receive double the number of Horadric Treasures. The final amount will be dictated by the selected difficulty level.

This means a good chance to get essential and legendary items. It is also worth mentioning that the frequency of item drops will remain the same. 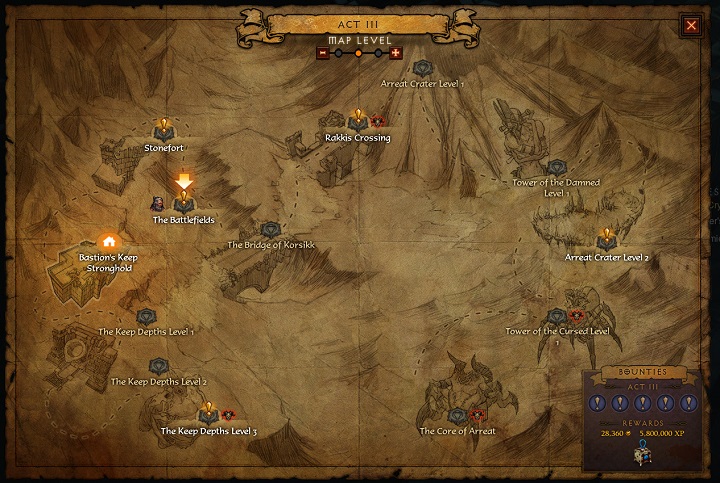 Developers from Blizzard have also decided to permanently introduce to the game the Echoing Nightmare mode. As a reminder - the challenge has us fight against increasingly stronger opponents. To face them, we have to get a Petrified Scream, transmute it in the Kanai's Cube and then enter the portal.

Diablo 3 launched on May 15, 2012, which means that its tenth birthday falls on the upcoming Sunday. Despite the passage of time, the game holds up quite well, and nephalem players continue to express their desire to hang out in Sanctuary and face the challenges that the developers constantly try to surprise them with.

And what do you guys wish for the developers? Personally, I wish for the fastest possible release of Diablo IV.