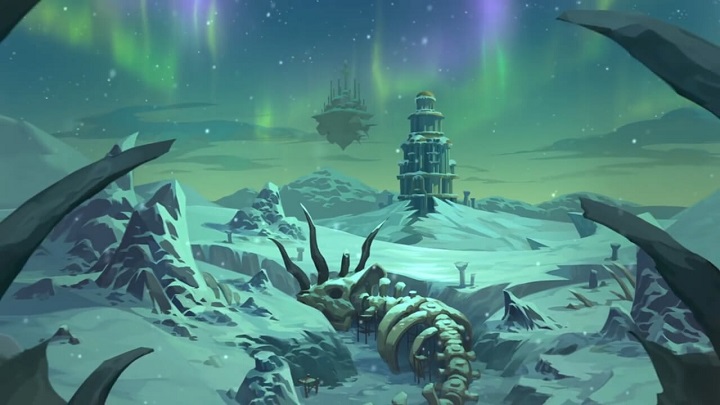 The Final of the Year of the Dragon will take place in the domain of Lich King.

This year's BlizzCon will start on Friday. It is not surprising that in recent days there have been a lot of rumors and more or less reliable leaks about the event. Fortunately, we also have some official information from Blizzard, starting with material that should be of interest to Hearthstone fans. Game's developers posted a video on YouTube, preparing us for the announcement of the next expansion. Unfortunately, this time Madame Lazul prevented Togwaggle from revealing too much cards, as was the case before the launch of Saviors of Uldum. However, the member of E.V.I.L. League anticipates the end of the fight against the Explorers' League. Those who decide on the final winner are to be... the players themselves, who will probably be able to take sides. You can watch the trailer below.

We have long known that the upcoming expansion will be the culmination of the story started in Rise of Shadows, and which we have been following throughout the Year of the Dragon. So far, we have been able to support both villains and heroes, but we have always managed only the members of one of these groups. Apparently, this will change soon, as will the place of the action. If we look at the crystal ball at the very beginning of the trailer, near the Wyrmrest temple in Northrend, we will see the flying city of Dalaran, stolen by Rafaam and the company, surrounded by omnipresent snow. Does this mean that we will return to the ice land ruled by the Lich King? What's interesting, the leader of the undead (or more precisely - his last incarnation) also apperaed on the occasion of recent leaks from World of Warcraft. Yes, it is unlikely that there is a connection between the two productions (Hearthstone hasn't had much in common with the canonical history of Azeroth for a long time), but the thematic connection between the latest extpasions would be intriguing. It is also possible that we will see Galarkond - a powerful proto-dragon terrorizing Azeroth in ancient times, and defeated by the Dragon Aspects near Wyrmrest. 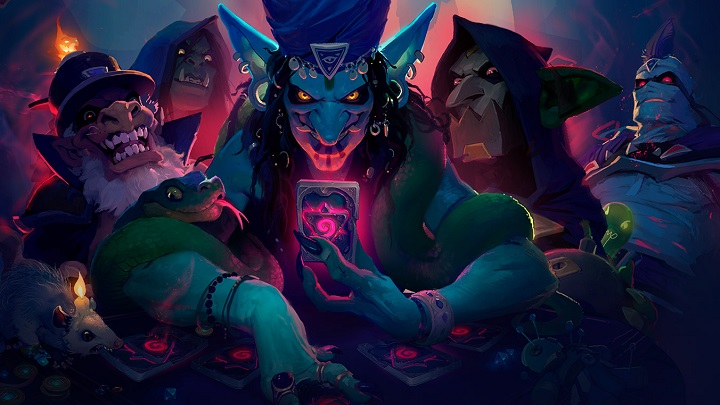 The E.V.I.L. League has accompanied us throughout the Year of the Dragon.

We will find out soon enough what exactly the creators of the card edition of Azeroth are preparing for us. The description of the teaser trailer keeps us waiting until November 1, the starting day of BlizzCon 2019. Perhaps earlier there will be more materials that will tell us what to expect at the end of the Year of the Dragon.

Xiaomi Announces Smartwatch. Google Will Buy Fitbit to Make its Own?