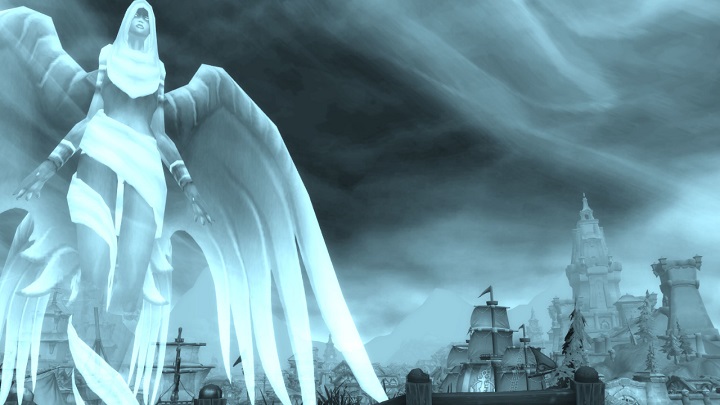 Is the new addition to WoW taking us to Shadowlands?

This year's BlizzCon will start in just a few days (on November 1) and some of the panels are still shrouded in mystery. What kind of announcements can we expect? Will the rumors about Diablo 4 and Overwatch 2 prove true? We'll find out next week, but we can add another leak to the bunch, this time we're talking about a new add-on to World of Warcraft. Shadowlands, as the expansion is called, will be announced on one of BlizzCon panels, as evidenced by a fragment of an image depicting gadgets available for purchase at the event.

A fragment of the image presenting gadgets available on BlizzCon 2019.

You can see prices of t-shirts and prints with the image of Bolvar after he became the Lich King. Both of these things include the name WoW: Shadowlands, which may suggest the title of the new add-on. It is also worth knowing that Shadowlands is a land where the souls of the dead are located and is referred to as the "place between worlds". The bridge connecting Azeroth with this dimension is Ice Crown, which would explain the appearance of the Lich King on the image.

And while this has not yet been officially confirmed, it is worth noting that Shadowlands has already appeared in various leaks concerning the latest expansion to WoW. The chances that we will actually hear about the next addition at this year's BlizzCon are very high.