Third Éditions, a French company whose portfolio is entirely made up of video game books, has launched its fourth fundraising campaign on Kickstarter (the previous ones were successful). Its aim is to publish an English version of The Rise of the Witcher - A New RPG King by Benoit Reiner; his earlier works include The Heart of Dead Cells and Diablo. Genese et tedemption d'un titan (Diablo. Genesis and Redemption of a Titan), a book dedicated to the Diablo series. Thirty days left before the end of the crowdfunding campaign, the devs have managed to collect $10,798pledged of $11,230 goal.

The book, which will reach the hands of its supporters in December, will have a total of 256 pages. It will contain not only detailed information on the development process of the three games from The Witcher series, but also exclusive interviews with Marcin Iwinski (co-founder at CD Projekt), Konrad Tomaszkiewicz (Game Director of The Witcher 3: Wild Hunt), Mateusz Tomaszkiewicz (Quest Director at CD Projekt Red) and Marcin Blacha (Story Director at CD Projekt Red). Those who have never seen Third Éditions books before can take a look at an ebook fragment from their series about Fallout. 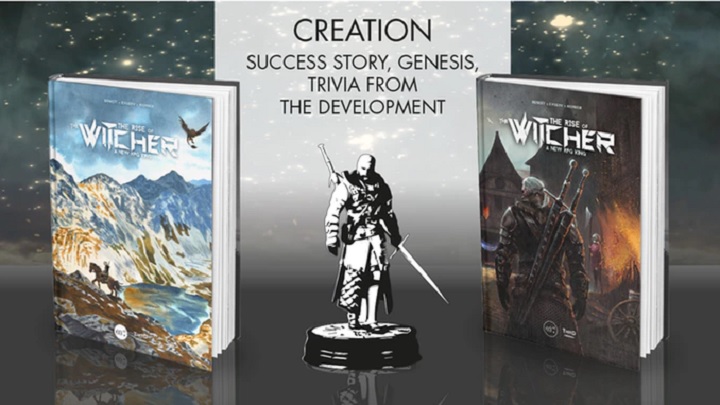 The Rise of the Witcher - A New RPG King is a gold mine of information on the process of production of games from the Witcher series.

Those who support the publisher with the amount of $13 will get a copy of the ebook; pledging $27 will provide us with a standard edition of the book (in hardcover); while paying $33 will provide us with a limited collector's edition (in comparison with the standard edition it will stand out due to the special cover and the addition in the form of the above-mentioned ebook). For those interested there is still a collector's edition with a special dedication (the acquisition of which is associated with pledging at least $1123), as well as lifelong access to all English-language editions of books from the portfolio of Third Éditions, which, however, requires us to pledge at least $5,615.

Although Third Éditions was founded in 2015, its founders Mehdi El Kanafi and Nicolas Courcier have been in the publishing industry five years longer (previously Console Syndrome and Pix'n Love Éditions). The company has published 60 books on video games and popular culture in France and has for some time been focusing on producing English versions of its works, made possible by successful crowdfunding campaigns.

They Are Billions With 60-hour Long Story Campaign