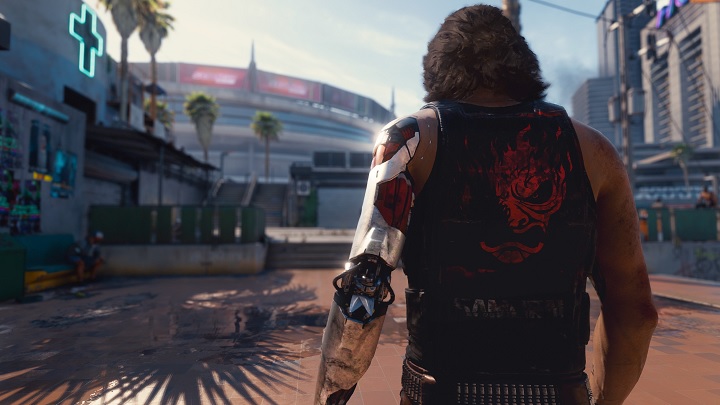 Cyberpunk 2077 will be another hit in CD Projekt's portfolio.

Radek Adam Grabowski, Lead PR Manager in the CD Projekt group, published two infographics on his Twitter concerning the activity of the Polish company. Although they were prepared for business purposes, the gamers will also find interesting information on them. The first thing that is noticeable is the fact that the share of Poland in the revenues generated by CD Projekt is 4%.

You have to admit, it's not much. Although Asia has only a 9% share, and other markets - 7%, the United States can boast a share of 55% in the group's revenues, while the whole Europe - 25%. In short, this means that 96% of CD Projekt's revenue comes from export. On the other hand, the company is recognizable all over the world - its games have been shipped to 109 countries with 23 distributors.

CD Projekt informs about its business model, in which the most important position is taken by contact with the community. Subsequently, the company focuses on cooperation with distributors from all over the world, publishing activities, technology development, game production, and conceptual work. In addition, infographics show that CD Projekt currently employs more than 950 people from 39 countries.

As far as its financial condition is concerned, it is no secret that although the launch of The Witcher 2: Assassins of Kings (first on PC, then on Xbox 360) was a success for the company, the peak (so far) achievement was the debut of The Witcher 3: Wild Hunt, thanks to which in 2015 the group enjoyed revenues of (roughly) over 210 million dollars. Although it has not managed to repeat this result to this day, there is a good chance that in 2020 it will be improved; on April 16 the launch of Cyberpunk 2077 will take place, which has already become a steam bestseller, and its presentation at the E3 2019 fair made the company's shares on the Warsaw Stock Market hit a record level, which made it the eighth largest among the companies listed there.