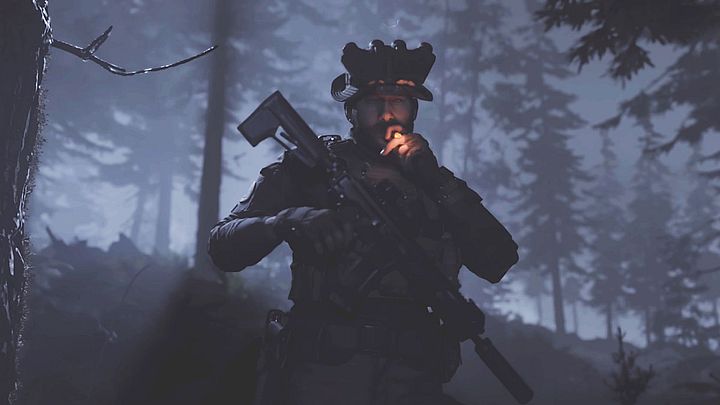 Photorealistic graphics and a single player campaign - this is what many fans have been waiting for.

The devs also tried to make the battles a little more realistic. The new engine allows for a more sophisticated system of shooting through shields and walls - of which there are several types. Players will be able to shoot through thin and fragile materials such as cardboard boxes and some doors. It will be different in the case of hard covers, such as brick walls or solid wood - such obstacles will not shatter, but the bullets can still pierce them. Each gun will have a value assigned to it, which will be responsible for the extent to which the weapon can penetrate covers.

We have to admit that this mechanics has a chance to encourage players to use new tactics. The devs do not hide the fact that this is one of the most interesting features of the newest part of COD. Art Director Joel Emslie commented on the case as follows:

I would say one of the best parts of the experience is the bullet penetration. Just looking at soft cover and knowing that if you can shoot through it, so can your enemy  its a nice part of gameplay.

Call of Duty: Modern Warfare sure looks like an interesting "soft reboot" of the series. The game will also offer a cross-play option that will allow Xbox One, PlayStation 4 and PC owners to have fun together. What's more, the authors have announced that they have no plans to release any season pass. Let's add some interesting story ideas (half of the campaign is to be played from the Arabic side), character progression options or ray-tracing.

The title will be available on sale on October 25, this year and coming to PC, Xbox One and PlayStation 4.