UPDATE: Unfortunately, this video has already been removed from YouTube. 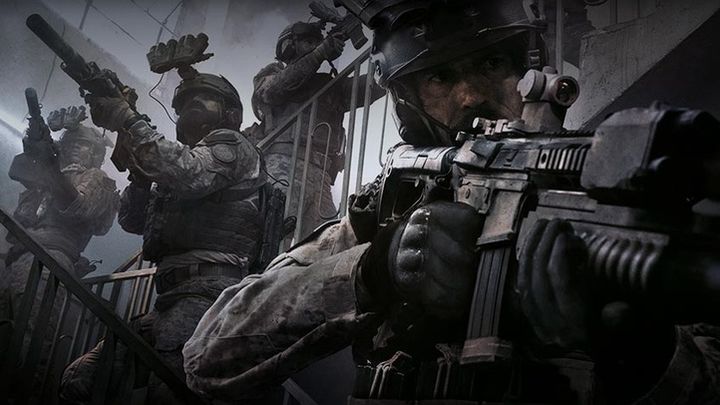 We'll get another battle royale game.

The first review of Call of Duty: Warfare was published on YouTube. The game is a battle royale module for Call of Duty: Modern Warfare, which previously appeared many times in various rumors and leaks. The video was probably published a little too early, so it's bound to be deleted rather sooner than later, but it reveals a number of details about the production in question. It seems that the game will not only be standalone, but also free.

Warzone will offer a huge map (the author of the movie calls it "the biggest battle royal map he has ever seen), where we can find locations known from many previous Call of Duty installments (including Infinite Warfare and the first Modern Warfare). What's interesting, every building we come across in the location was hand-made by the developers. We can play alone, in pairs or threes. In total, up to 150 players will take part in the game simultaneously.

Despite the large map, the game is characterized by a high pace of gameplay. However, the game doesn't end too fast, because players can use the money they earn to resurrect dead comrades - as long as one member of the team is alive, the team still has a chance to win (provided that the survivor manages to get the money and get to the station where we shop).

However, this is not the end - until a certain point in each match, players who are not resurrected by their companions may return to the game. The first time they die, they will go to a gulag where they can fight the other defeated players (one-on-one) for the right to return to the battlefield. Those who are waiting have the opportunity to observe these duels, and even support their comrades by informing them of the enemy's position or throwing stones at their opponents. 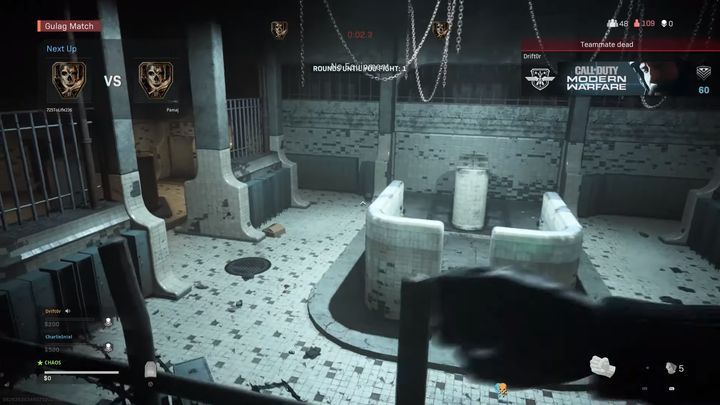 First death means a trip to the Gulag.

Apart from the main mode, there will also be another one in the game, called Plunder - for the time being, however, we don't have any details about it (the author of the film describes it as "a respawn mode that revolves around money"). More information should appear tomorrow.

Last but not least, Warzone will support cross-platform, which means it will enable us to play together on different devices (the game will be available on PC, PlayStation 4 and Xbox One).