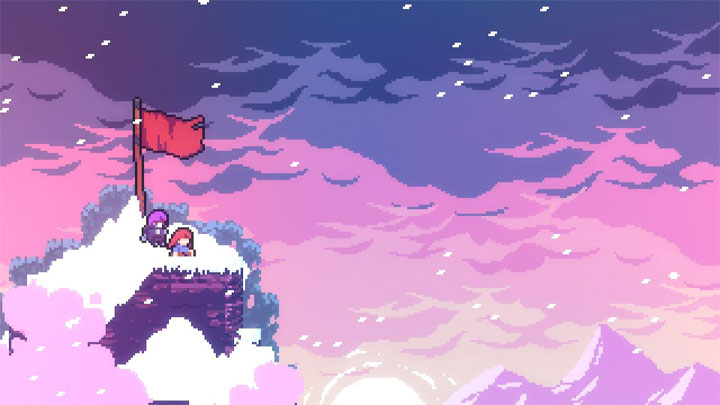 Celeste was released in January 2018.
CELESTE IN A NUTSHELL:

On January 25th the first birthday of the two-dimensional Celeste platformer will be celebrated. The day was supposed to celebrate the premiere of the free DLC with new levels, but the creators informed that the add-on will pass a slight slip. So far no new release date has been announced.

Matt Thorson, the head of Matt Makes Games studio, revealed a few details about this extension. The DLC will offer a new chapter of the campaign. There will be no B-Sides, i.e. alternative, more difficult versions of the levels. This shouldn't be a problem, however, as the maps are supposed to be more challenging than anything Celeste has offered so far.

There will be no strawberries to harvest at additional levels. However, we can count on new items, and the gameplay will make the previously unavailable mechanics more attractive. The creators also emphasized that DLC will be free on all hardware platforms.

Lets remind that Celeste made its debut in January last year, on PCs, PlayStation 4, Nintendo Switch and Xbox One consoles. The game met with a very warm welcome. According to Metacritic, the PS4 release has an average rating of 91%. On the Steam, 97% of the users' ratings are positive.

Celeste also turned out to be a cashier's success. Last month, the developers boasted that the game sales exceeded half a million copies.

Matt Makes Games studio will soon reveal its next project. We know that it will certainly not be Skytorn. This title was announced many years ago, but the developers postponed the work on it during the production of Celeste and a few weeks ago informed about abandoning the game.