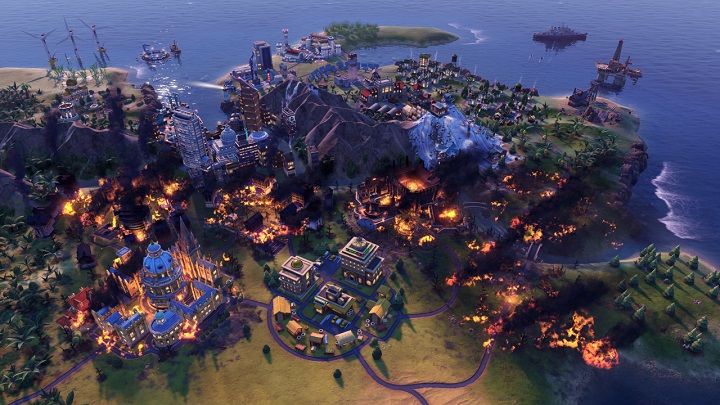 For four years since the release of Sid Meier's Civilization VI, it has managed to hit all current generation consoles, and has received a handful of add-ons. However, the development of the game will not end on last year's Sid Meier's Civilization VI: Gathering Storm. Firaxis Game revealed the New Frontier Pass. Throughout the year we are to receive new content, including free updates balancing the game.

The New Frontier Pass will also bring six paid expansions. Each of them will introduce a new civilization, leaders and gameplay mode, as well as new systems, upgrades, world wonders, etc. The first expansion will hit stationary platforms on May 21, and with it the Mayans will return and Gran Columbia make its debut in the series. The pass trailer also mentions Apocalypse mode and new resources, among others. In addition, for the purchase of the pass we will receive (after the release of the second DLC) a special bonus in the form of two character packs focusing on Theodore Roosevelt and Catherine de' Medici, which will change both the appearance and characteristics of these leaders. New Frontier Pass will cost $39.99.