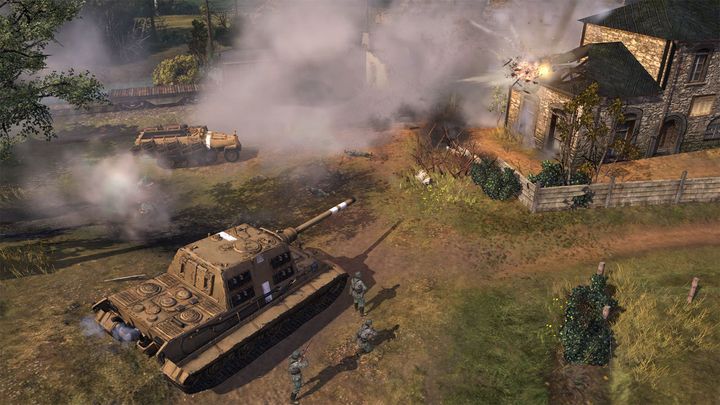 Sega and Relic Entertainment have once again made Company of Heroes 2 available for free. To get this iconic real-time strategy, you need to add it to your library on Steam. In addition, all expansions for the game (except David Sheldrick Trust Charity Pattern Pack and Whale and Dolphin Conservation Charity Pattern Pack) have been discounted by 75%, and anyone subscribing to the game's newsletter will receive the Victory at Stalingrad expansion for free. The offer will end on November 17 at 11 AM PT.

Please note that Company of Heroes 2 will be permanently assigned to your Steam account. This means that you will be able to play it even when the promotion is over.

Company of Heroes 2 is the second part of a series of real time strategy games taking place in the reality of World War II. The title takes us to the eastern front and enables us to lead the Red Army from Operation Barbarossa... (spring 1941), until the conquest of Berlin (1945). The title was released only on personal computers and met with a very warm reception - the average rating on Metacritic is 93%.