If you take a look at Creative Assembly's portfolio you will find mostly strategy games. Next to them you will find only few exceptions - among others the action game Viking: Battle for Asgard and first-person survival horror Alien: Isolation. For the past four years, however, we've known that the developer is preparing to step out of its comfort zone once again.

This time the team responsible for Alien: Isolation is working on a sci-fi FPS game. First information about it appeared in 2018, when the studio was looking for employees for the project. A few months later, we learned that the team has established collaboration with Neil Blomkamp - the director of such films as District 9 and Elysium - and rumors have indicated that the emerging title may resemble Overwatch or Apex Legends.

The existence of the game has been confirmed by SEGA - the owner and publisher of Creative Assembly. In May 2021 it was once again teased as the studio was looking for people to finish the project. 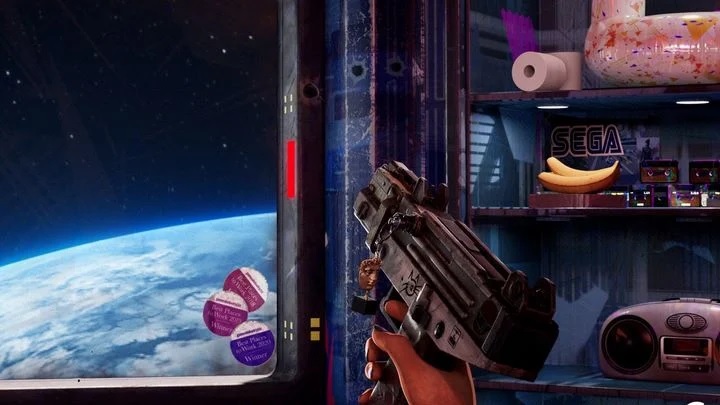 The only graphic from this game published so far. Source: Twitter / Creative Assembly.

Apparently, over the last year not much has changed and the work still continues. Why did it take so long? A partial answer to this question can be found in the latest issue of Edge (no. 373), which published an interview with Gareth Edmondson and Alistair Hope - the main director and art director, respectively (via GamesRadar.com).

The latter revealed that the goal of the game's developers is to "to achieve as much authenticity and level of detail as possible", so they are trying "to understand the source material as much as possible". What does that mean? Unfortunately, we don't know. This enigmatic statement by Hope raises more questions than it answers.

An additional clue was tossed up by Rob Bartholomew, the project's chief (CPO). He stated that the team wants to fully understand what it's like to be in "the blue ocean or the open sky with nothing but emptiness in front of you." This could mean that the game, which was originally intended to take us into space - or so it seemed - will also enable us to visit the bottom of the ocean.

However, there is still time left for a verification of these words. When exactly can we expect? Assuming that the discussed title is a "super-game", the creation of which SEGA revealed last year, we could expect its official announcement in a few months. This "super-game" was to be released in 2023 at the latest.