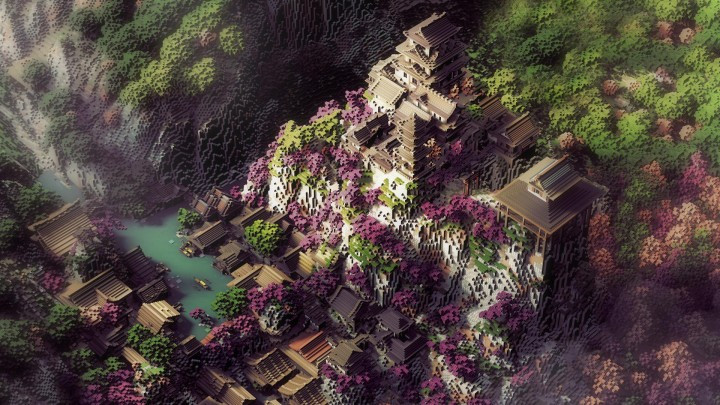 There is no shortage of videos on the web presenting the creation of impressive structures in Minecraft.

Although Minecraft used to be the object of a lot of mockery, mainly because of parts of its community, it is hard to deny that it is a powerful tool that allows players to let their creativity run wild. And it has to be admitted that some of the works of virtual builders are nothing short of impressive. It is enough to mention Hogwarts and its surroundings from the Witchcraft and Wizardry modification or realistic landscapes, which we have been writing about recently. But this is only a small piece of the tip of the iceberg. There are plenty of time-lapse videos on the web, presenting at an accelerated pace the processes of creating impressive structures from scratch to the final effect. We invite you to a small review of several older and newer masterpieces.

Let's start with The Witcher. At the turn of 2017 and 2018 the team at ElysiumFire prepared a model of Novigrad known from The Witcher 3: Wild Hunt. However, they pointed out that it is not a perfect recreation of this city fromCD Projekt RED's game, but only something like a tribute.

If you liked what you saw and would like to personally visit Novigrad created by ElysiumFire, you can download the map here.

Another spectacular project prepared by ElysiumFire, which has gained recognition of the players, is Dark Factory. It is a monumental model of a factory, kept in a slightly steampunk atmosphere. The map can be downloaded here.

We had fantasy, we had steampunk, now it's cyberpunk time. Here's Cyberpunk Project, the latest work of ElysiumFire, whose time-lapse video appeared on the team's YouTube channel. It presents a city of the future inspired by Night City, which will be the setting of Cyberpunk 2077. The map is available here.

But let's leave ElysiumFire and take a look at other artists. Above you can see an abandoned dwaven city, which was later taken over by the elves. The project was prepared by andyisyod.

Although Atlantis is only a myth, nothing stands in the way of visiting it in video games like Minecraft. The model of the city described by Plato was prepared by the team at NewHeaven. You can download the map here.

Today is a year since the tragic fire of Notre-Dame Cathedral in Paris. As a result, it will not be possible to see it in full glory for a long time. Enter Minecraft. Above you can see how the famous French monument as made by loicvdb. The project is available here.

If you still don't have enough cathedrals, you can see a timelapse of another one above. The model was prepared by EpicOnline.

Kuni no tori, a Japanese Citadel

Would you like a little trip to Japan? You can do it with Team Lyrah, who prepared the Kuni no tori, a Japanese citadel. You can see the construction process above, and you can download the map here.

Still in Asia. Here's the oriental city of Djamila as created by evQnxa. The project was created for three weeks.

We're going back to Europe. A few weeks ago, one Cortezerino reconstructed the Kreuzenstein Castle, originally located in Lower Austria. Thanks to the video above you can see how it was done.

The Hanging Gardens of Babylon

Finally, a project from TheReawakens. This is Angels Temple - a palace located in the jungle, whose rooms were carved in the rock. You will find the map here. 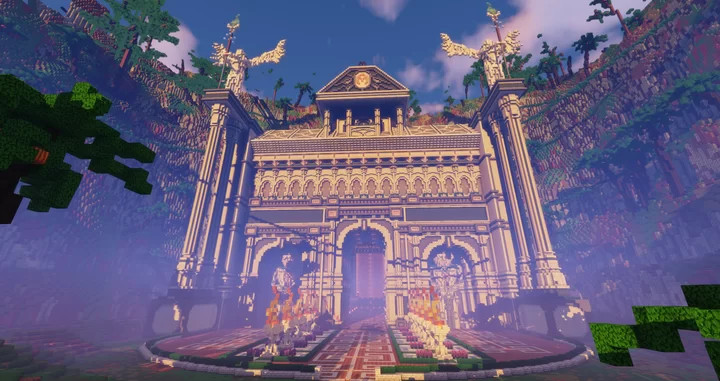 Angles Temple from TheReawakens can be spectacular.

Let us remind that Minecraft is more than a decade old, but the game from Mojang AB is still very popular. In the nearest future we can expect more impressive buildings prepared by the community and timelapse videos presenting their creation.