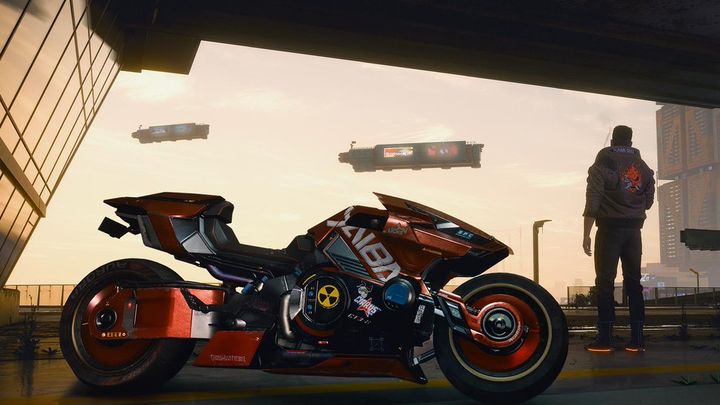 A lot of new information about Cyberpunk 2077.

A lot of new details about the highly-anticipated game from CD Projekt RED, the futuristic action RPG Cyberpunk 2077, has appeared on Reddit. The source of the reports is reportedly a Q&A session organized by the developers last Saturday (November 26) in the Warsaw gaming bar New Meta. All the information presented below is therefore unofficial, but the amount of detail (both about the event and the game) makes it seem pretty reliable.

Plot and quests - "burning the city" is not necessarily metaphorical

The main plot will be slightly shorter than the one in The Witcher 3: Wild Hunt, but we are to be able to complete it in many more ways. The length of the entire game - with all the activities and side tasks - has not yet been measured. What is interesting, after finishing the title we will be able to continue playing, and the way in which it was implemented is supposedly very interesting - the developers did not want to tell us what it was all about, but they stressed that they wanted the players to enjoy their title as long as possible.

There was also some information about side quests. Developers described The Witcher 3 as a single line with branches departing from it. In the case of Cyberpunk 2077 we also have a certain core, but the individual branches that depart from it, split into successive branches, which in addition can join back together in different configurations. Individual quests are to influence each other and the main story to a much greater extent than in the Wild Hunt. Thanks to this, each time the game will be a different experience.

The conversation also featured the theme of "burning the city". When asked if it would be possible to do exactly what Johnny Silverhand said in the last scene of the memorable E3 2019 trailer, the developers responded enthusiastically with "Of course!

Conversations, choices and the game world - there will be a lot of freedom

Most of the locations will be accessible regardless of the choices we make, although some places will only be accessible to players who choose to follow a particular storyline path. Depending on our decisions, there may also be restrictions on how exactly we can visit a particular map. Interestingly, the location boundaries are to work similarly to those in The Witcher 3, i.e. after reaching the edge of playable are we will be informed that the game world ends here, and then forcibly turned back (which, to be honest, is a bit disappointing - this is one of the solutions that did the most for breaking immersion).

In the game we will find a fully functional day and night cycle, as well as a weather system. The first one will have an impact on the game - for example, some tasks will be easier to complete after dark, due to the smaller number of guards. Depending on the time, some cut-scenes may even change. As far as the weather is concerned, it will be almost exclusively cosmetic - e.g. in the event of rain, some characters will seek shelter or take out an umbrella. 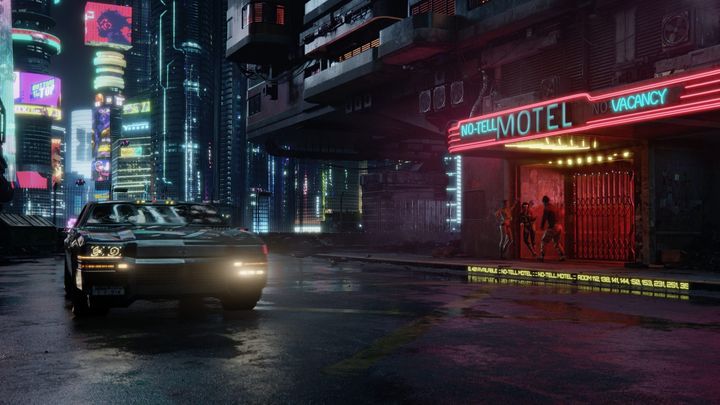 The day and night cycle is supposed to affect the gameplay.

Another interesting thing are conversations - as we know, the dialogue system implemented in Cyberpunk 2077 will be different from the one used in The Witcher 3. We are supposed to have more freedom of movement, and sometimes also the option to use objects. The way NPCs behave will also change, as in many cases they will not be waiting for our answer forever. In most cases, delay in choosing our answer will only result in annoyed, impatient comments, but can sometimes have much more serious consequences.

During the aforementioned Q&A session, the topic of police was also discussed. Officers working in Night City will respond to the player's actions. Although lesser crimes can be ignored, in the case of more serious crimes, such as opening fire on civilians on the street or hitting them with a car, we have to expect an appropriate reaction.

The devs also talked about the apartment of the main protagonist. The appearance of our house will depend on the chosen life path and will change during the game. The apartment is to be linked to specific mechanics that will allow players to better express the character of their avatar, but it is not specified what exactly it is all about. It is known, however, that we will not be able to purchase any other property.

Perhaps we will get an option of having a cybernetic animal - the developers answered the question on this matter only by saying that they "know, but they won't say". So everything seems to indicate that there is might be something about it. It's most likely not about the Flathead, the bot that was shown on the first gameplay. This is supposed to be one of the gadgets available to a character specializing in the use of technology (not the only one), which will be useful in specific situations. 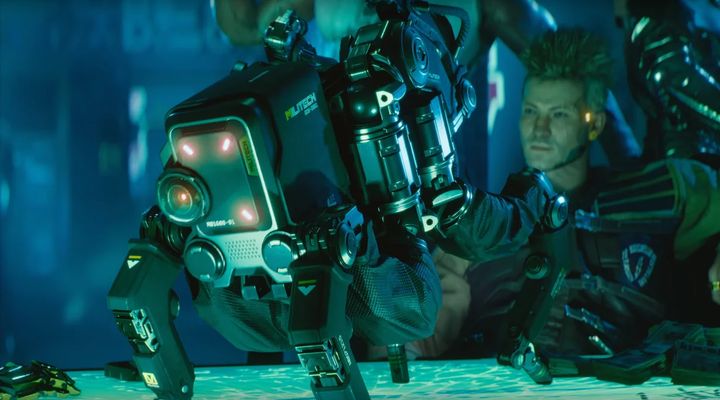 Flathead's gonna have a friend?

A very interesting issue is the destructiveness of the environment. We won't be able to devastate everything we see, but up to 75% of objects and surroundings will be subjected to the player's actions.

The creators would like the difficulty levels in Cyberpunk 2077 to be more than just the amount of health or inflicted damage, but for the time being they cannot promise that all their ideas will be implemented in the game. All game styles, hacking, stealth, combat, are to be treated equally. None of them will be favored. There is also no use counting on automatic health regeneration, we will need to rely on appropriate items or implants (in the case of the latter, such equipment will be only one of the options, not necessarily the most attractive).

Speaking of implants, we can count on a wide range of them appearing in the game. Some will be exchangeable at any time, while others will require a visit to Ripperdoc. The latter category includes major modifications, sometimes a platforms for further changes. As an example of how this will work, the so-called Mantis Blades, which are blades extending from the forearms that we saw in action on the first gameplay, were given. Although you will be able to remove or replace parts of these weapons on your own, you will need to visit a specialist to install a mechanism to eject them. 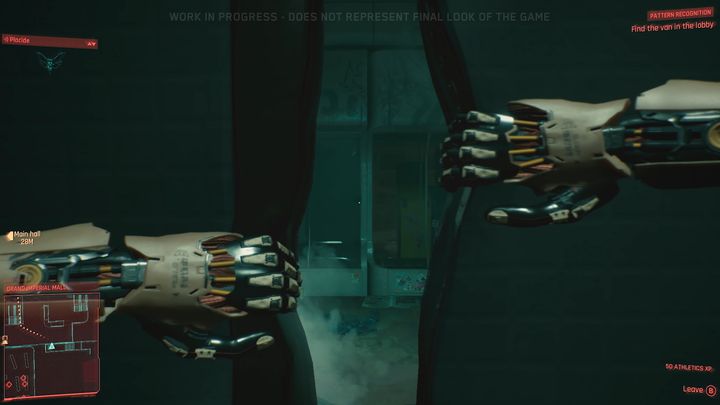 Some pieces of cyberware will be more than we can handle on our own.

Another mentioned cyberware was the so-called Sandevistan, which accelerates our character (he/she moves in the same way as some members of the Animals gang from the last gameplay). In practice, this is more or less typical bullet time effect, but if we come across an opponent using similar technology, they will move normally for us. This last thing turned out to cause a lot of problems for the animators, but fortunately the team managed to deal with it.

It is also worth noting that V will start the game with some modifications - including a translator that enables us to understand the different ethnicities living in Night City. Initially, it will support only basic languages (e.g. Japanese, Spanish), but we will be able to install improvements that will enable us to translate less common dialects (e.g. Creole).

About cars and crafting

There are a lot of completely useless items in the game, whose main goal is to build immersion - for example, the characters we are fighting should have some equipment on them, even if they are not things that could be useful to the player in any way. They will often be related to a particular location and will help to build the game world.

Most of the actual equipment can be crafted on your own, except for clothes and implants. In the case of these things, however, we will receive an option to modify the appearance and statistics. Everything seems to indicate that it will be similar with cars - the creators are not yet ready to share the details about this feature, but they are aware that it is one of the issues most often raised by fans. The driving model and the physics system responsible for vehicle behavior should be more realistic than in, for example, GTA V. However, there is no question of a fully fledged simulator. 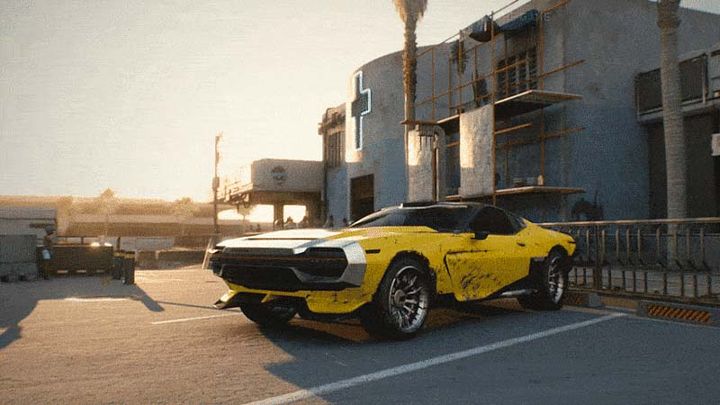 We may be able to modify our cars.

CD Projekt RED's game will also feature a racing mini-game that will stand out from similar ideas in other titles - it will have a characteristic cyberpunk climate and enable us to test the true capabilities of our vehicles.

Also the characters less important for the plot will be much more diversified than in The Witcher 3: Wild Hunt - we can expect a huge number of different models, although the creators are not sure whether technological limitations (mainly memory) will not force them to reduce it. However, they will make every effort to ensure that as many characters as possible have a unique look. 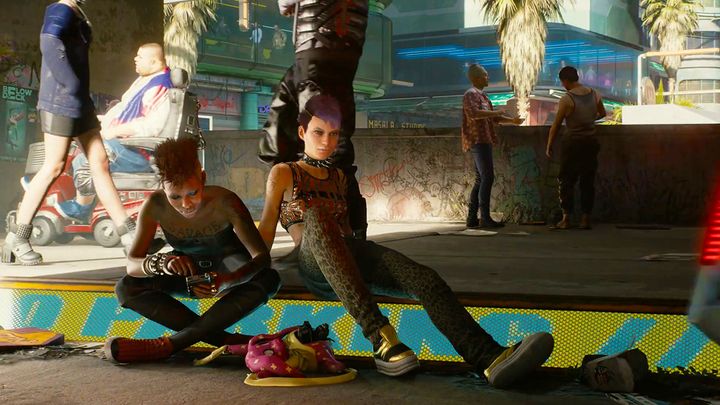 A lot of character models are expected to appear in the game.

Another interesting matter is how we can interrupt / shorten animated scenes and dialogues. In Cyberpunk 2077 we will not find traditional cut-scenes in the vein of The Witcher 3, but animations woven into the game. Apparently, it was difficult to find a way to speed up these parts of the game without confusing the player (in the devs' opinion, simply skipping them was not enough). About 10 ideas were developed to solve this problem, but the creators do not want to reveal what solution was finally decided on - this is supposedly one of the things you have to experience on your own (at least for the first time).

There was also a theme of mods in the conversation - developers are considering making modding tools available for their title, but at the moment they cannot promise anything. Soon we should find out more about the music that will appear in the game. The devs emphasized that in this matter they try to satisfy as many fans as possible (which suggests that we will listen to different genres and styles of music).

Final Breath of Steam Controller; Last Pieces are Now 90% Off