Shortly after the Sunday's reveal of Cyberpunk 2077s release date at the E3 fair, the web began to crawl with news about the latest game from CD Projekt RED - from official information to speculations. Now we have learned another detail about the upcoming hit: Nvidia has published a message on their website, informing about its cooperation with Polish developers. It will result in the support of ray tracing technology in Cyberpunk 2077. 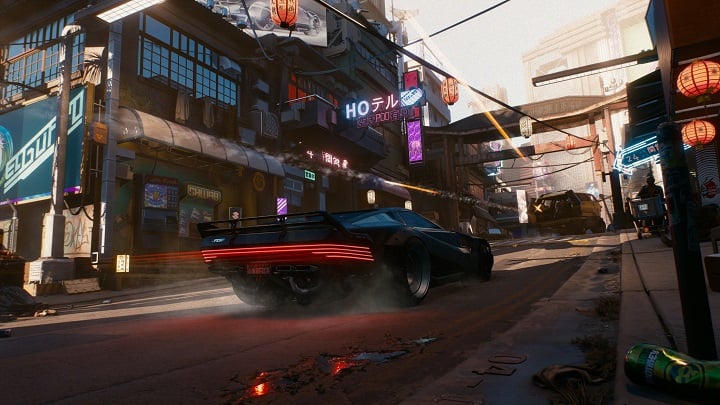 Mystery explained: 2077 in the title is the release date of the first computer that will be able to run the game in 4K at 60 fps with ray tracing enabled.

Ray tracing allows us to realistically portray how light behaves in a crowded urban environment. Thanks to this technology, we can add another layer of depth and verticality to the already impressive megacity the game takes place in,

Cyberpunk 2077 is an incredibly ambitious game, mixing first person perspective and deep role-playing, while also creating an intricate and immersive world in which to tell this story. We believe the world of Cyberpunk will greatly benefit from the realistic lighting that ray tracing delivers

Ray tracing is an innovative (at least by digital entertainment standards, because film animations have been using it for some time now) method of tracking light rays, allowing for generation of photorealistic lighting, reflections and shadows. So far it is supported by only a few titles, such as Metro Exodus, Battlefield V or Shadow of the Tomb Raider, but more developers are announcing that it will appear in their upcoming projects. Of course, to enjoy its full potential, the technology requires a really powerful hardware and it seems like it will take a few long years before it becomes a common occurrence.

Nvidia released two screenshots showing Cyberpunk 2077 with ray tracing enabled, in 4K resolution (you can see them above) - and it looks amazing. The world of the latest game from CD Projekt RED seems to be made to make the best use of the technology. All these neon signs, electronics, sources of even the brightest light look absolutely impressive. The problem is that even the owners of the strongest GeForce RTX 2000 family of GPUs (so far only they offer full support of real-time ray tracing) are unlikely to be able to admire such visuals - at least not in UltraHD - because ray tracing is infamous for consuming resources. Of course, we're keeping our fingers crossed so that the developers can optimize the game as much as possible, but it's hard to believe that by April next year we'll be able to harness this still fresh technology.