Just a dozen hours ago, Electronic Arts released online the first gameplay trailer of Dead Space Remake. Captivating in its brutality, the footage is not the only attraction that Electronic Arts has prepared for us. As pre-orders for the refreshed game have already started, for those who appreciate uniqueness, the developer has prepared a collector's edition of the title. 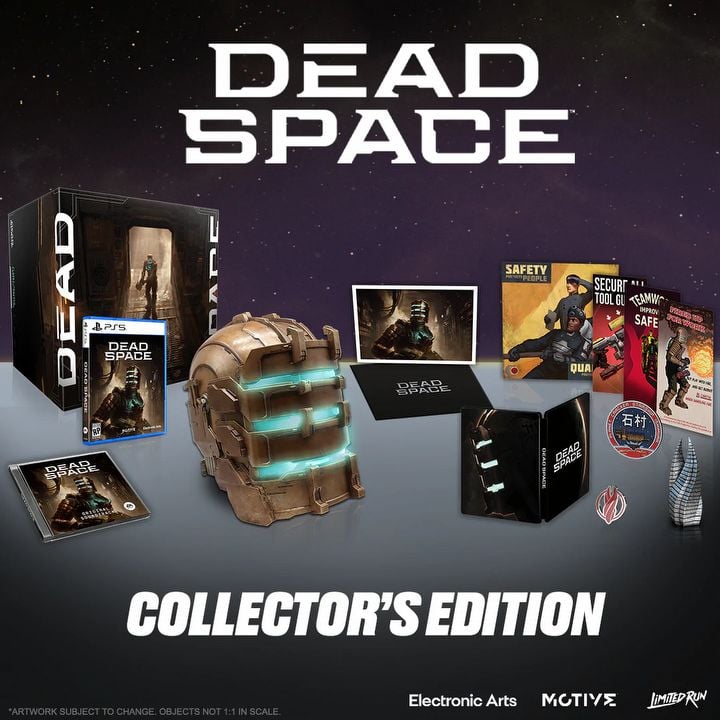 The website of the Limited Run online store published an offer for Dead Space Collector's Edition. Available in a limited run, the collector's edition enables the players to get some interesting goodies related to the returning survival horror game. The bundle includes, among other things, mini posters, a metal figurine and the soundtrack on CD. The biggest treat, however, is... a replica of Isaac's helmet. Since it is life-size it may come in handy during shopping excursions in the winter.

However, it should also be added that the the set has been priced at $274.99.

Finally, let us remind you that those who do not like to overpay (although in this case the talk of saving money is quite an abuse), can already place orders for, among others, the PS5 version at PS Store, the Xbox Series X/S version at Microsoft Store, and PC (Steam, Epic Games Store, Origin). There is also a slightly more expensive digital Deluxe version, offering cosmetic extras (on Xbox also a bonus month of Game Pass Ultimate).