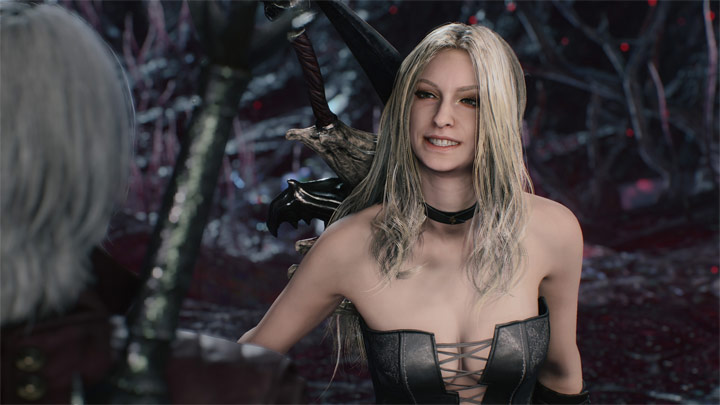 Some players will be unable to enjoy Trish in her full beauty.

Last week has seen the release of Devil May Cry 5. The production was very warmly received, but at the same time some controversies related to censorship of one of the scenes have come up. Interestingly, however, this only applies to the PlayStation 4 version aimed ad western market.

It's a scene where Dante carries a naked Trish in his arms. Patch 1.1 added light effects to the western version of the PS4 game to cover her buttocks. This is not the case on PC, Xbox One and the Japanese edition of Devil May Cry 5 on PlayStation 4. The modification can be seen in the video below:

Censoring a pair of buttocks visible only from afar may seem like a strange thing to do. Devil May Cry 5 has a PEGI 18 rating, so the game is clearly aimed at adult audiences who are unlikely to be shocked by a little nudity.

The fact that the change was made only on PS4 suggests that the developers did so at the request of Sony, specifically its US branch. This is not the first such case. Many other games featuring nudity have recently had problems with western releases on PlayStation 4. The debut of the English edition of Senran Kagura Burst Re:Newal has been slightly delayed so that the creators could cut the Intimacy Mode, which enables the player, among other things, to look under the heroines' skirts. As a result, in the West this option appeared only in the PC edition. In the case of Omega Labyrinth Z, on the other hand, the necessary changes would be so big that they would lead to the definite abandoning of the plans to release the game outside of Japan.

Until recently, such moralizing tendencies concerned only English language editions. At the end of last year, however, Sony began to put pressure on Japanese developers to ensure that versions intended for their local market were also subject to similar measures to meet the requirements of the company's U.S. branch.

In the case of Devil May Cry 5, however, the censorship affected only the western version. The question arises as to whether Sony has stopped pushing for US standards in Japanese editions, or whether Capcom is in a strong enough position to avoid this.