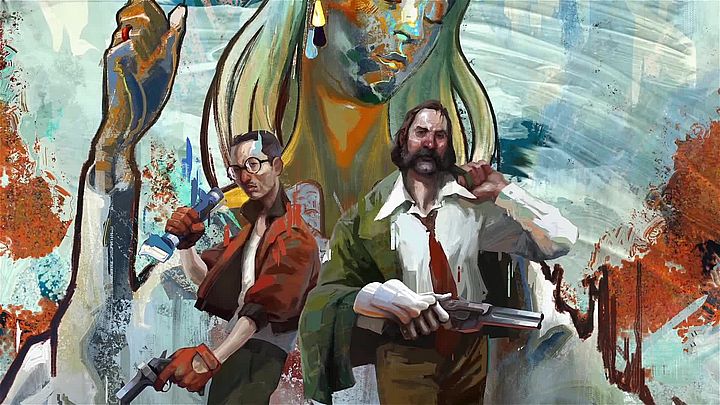 Last week we informed you about the release date of Disco Elysium - an isometric RPG that puts great emphasis on the narrative aspect. So far we haven't learned a lot of details, but the situation has just changed - the debuting team at ZA/UM decided to reveal most of their cards. The devs released on Steam a message, in which they mainly use numbers. These concern the length of the game, dialogues or items available in the game, and we must admit that the said numbers are quite impressive.

The message starts with an estimate of the size of the game. From the precise calculations of developers we learn that between giant and gargantuan there is colossal - and this is exactly the size of the team's new game. Disco Elysium will take about 60 hours to complete; but if we want to turn every stone and talk to all the characters we meet, then add another 30 hours to the total time. Similarly, if we skip most of the stones and characters, the game time will be reduced by 30 hours.

The area on which we will conduct our investigation (the protagonist is an old detective, who was never shy about accepting "gifts" from customers thrughout his career) is divided into 5 main areas of the city Martinase:

As for the size of the world itself, creators once again prove that higher mathematics (or forbidden magic) is their gig. The universe should be similar in size to Planescape Torment, possibly a part of Pillars of Eternity, or a large piece of Fallout: New Vegas. Oh, I'm sorry. Were you expecting square kilometers? What is more interesting, however, is the layout of this very specific area. The level of detail of the available area is to be five times higher than in any other RPG. Translating it from the language of the creators into layman's terms: there will be a lot to explor and you won't get bored.

We had size, play time and areas, and now the time has come to talk about the weather. There are four variants in the game: snow, rain, fog and cloudless. On top of that, there are four times of day: morning, day, evening and night. Allegedly, to spend one whole day in the virtual world, you will have to devote 24 hours of real time. On the other hand, Disco Elysium has to offer a hundred quests (including side quests as well as additional activities). The question is, will it take us as long as the creators suggest to complete them? There are also 100 items (weapons, clothes, bottles of wine), 50 thoughts (local wigs), 40 original musical pieces and 6 types of psychoactive substances (i.e. 50% less than you can get on any corner of Detroit).

The icing on the cake may be the information that the title contains a million words. There are 70 unique characters in the game, and you can talk to each of them for a long time (while discovering secrets and interesting facts). There is nothing left but to wait for October 15, when the game will go to Steam and GOG.com. Unfortunately, we still do not know the price of the game - hopefully it will not be as colossal as the announcement of the devs might suggest

TFT has Dozens of Millions of Players and Numbers Go Up

GeForce GTX 1660 Super May Launch in a Few Weeks