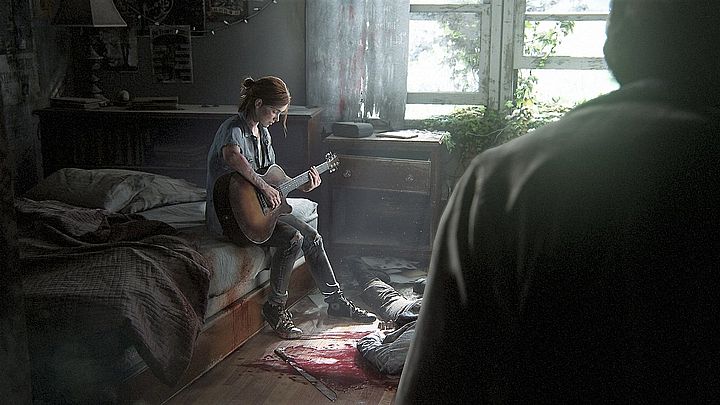 Crunch is everywhere. Even in Naughty Dog.

The topic of crunch and overtime is becoming an integral part of the gaming industry. Every few weeks, another scandal breaks out, through which we learn that the world-famous studio has inhumane working conditions. BioWare, Epic Games and NetherRealm are just a few months old examples and the tip of the iceberg. It seems that the creation of a great game (for the sake of clarity, I am not talking about Anthem) must be paid for with exploitation and moral losses. At least that's what former and current employees of Naughty Dog think, who told us about the behind-the-scenes work on the most popular titles of the studio.

Reports come directly from COGconnected, whose journalists talked to several developers from the studio responsible for such series as Uncharted or The Last of Us. Former and current employees asked for anonymity in order to avoid possible consequences (which is quite understandable and obvious practice in such situations). It turns out that the crunch in Naughty Dog took on a rather unusual form. As one of the former employees says:

So my take on crunch at Naughty Dog: The truth is more gray than black-and-white. There is no official mandate for crunch. There can be a significant amount of peer pressure, though. And that can include peer pressure from the people who are effectively your managers. Peer pressure comes from having a team of brilliant, talented, dedicated people working hard on a project together.

What is it about employees who are managers at the same time? According to an anonymous source: Naughty Dog doesnt have much dedicated managerial structure. It boils down to the fact that there are several leads in each department that do the same work as the others, with more decision making and insight into the statistics. The former employee also says that during his last six months of working on the project, his weekly working time has increased from 40 to even 70 hours. Everything depended on how many tasks were unfinished.

This is where we get to the bottom of it. Although employees did not receive direct orders from the "top" to do overtime, management was able to "motivate" them to work longer. In what way? As another former employee of the company says:

The truth [is] they dont tell you that you have to work X amount of hours. But you have to get your work done. And the amount of work is just impossible for any person. It is just way too much. And if you dont hit the goals you will be fired. So I guess you dont have much of a choice.

Of course, you may be wondering why the employees did not turn to the right people for help? It turns out they did it, but it didn't work. One of the employees describes it very well:

I called Sony HR once (they have a hotline) asking what was this all about and they just ignored me [saying], You will get used to Naughty Dogs way of doing things.

COGconnected's interlocutors admit that crunch is dependent on department and calendar (in short, whether the studio is just before or after the release of the new game). Therefore, its influence was different for different employees. QA teams worked from 10 AM to 22 PM, six days a week. And there were times when they had to stay in the office until midnight or 1 am. Some co-workers emphasize that they did not feel part of the company because of a few situations. This is well described by the person who worked on The Last of Us Remastered as a tester:

There was a yoga session that was held around once a week that the developers could attend. I remember a co-worker asking if QA could do the yoga too but our managers told us, No,. They rarely provided us dinner for OT/crunch. I believe we only got dinner if the developers stayed. There was an email that got sent out to the company that invited everyone out to go have fun, but stated outright that contractors werent allowed to join. Many of us felt like we werent really part of the company.

We recommend you check out the extensive multi-page article on COGconnected. You'll find more behind-the-scenes stories from Naughty Dog that shed light on the realities of game studios. One would like to say that prey there are as few of these situations and reports as possible, but the truth is painful: probably many companies are struggling with the problem of crunch. Publicizing these issues has a chance to change something, but the competition among developers is huge, so it will be difficult to improve the situation, because there will always be someone who will not be disturbed by these conditions (at least for the first few months).