BlizzConline 2021 was one of the most anticipated gaming events in recent time, especially for fans of the iconic Diablo series, the fourth installment of which is scheduled to be released no earlier than next year. Today, we already informed about the reveal of another character class, Rogue , which will join the Druid, Barbarian and Sorceress. However, we learned much more from Blizzard's presentation - the creators shared with us details about the open world and PvP mode.

Open world as we know it

During the presentation, the creators boasted of a large open world, designed for free exploration by players. The authors announced that the locations will be more diverse than in previous installments. Sanctuary can be traveled on the back of a mount, which we can adjust to our needs. It's by no means Roach from The Witcher 3, we'll be able to equip our horse with armor, more comfortable saddle, and place trophies from defeated opponents in its saddlebags. 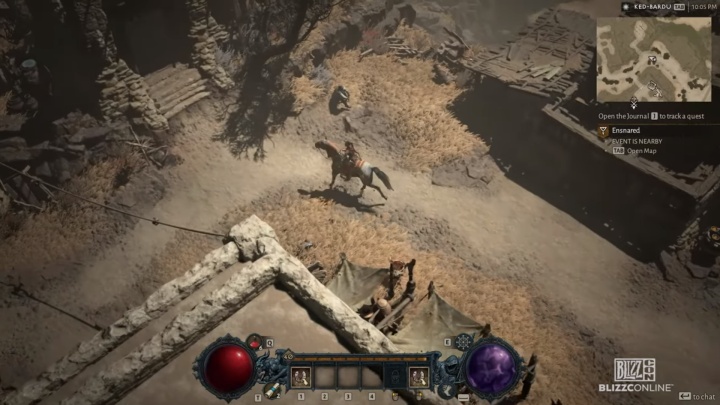 In the world of Diablo 4, a horse can be a man's best friend

Another novelty is the so-called camps. While roaming the lands of Sanctuary we can come across settlements overrun by monsters. Clearing the area from the vermin is completely optional, but once we deal with the enemies, the inhabitants will start coming back to their old homes (again, flashbacks from Wild Hunt). This will slightly change the shape of the map in this area - from now on it will be possible, for example, to receive a profitable quest in the village, learn a new storyline or do some shopping.

PvP, or hatred in pursuit of money

During the presentation we also learned some details about the PvP mode. In Diablo 4 , special zones called "Fields of Hatred" have been set aside for PvP. It's the only area where player duels are allowed, but just entering the PvP sector doesn't mean that we automatically have to start a duel . Inside, we can also engage in classic PvE.

In the Fields of Hatred we can find unique Shards of Hatred, which we can get for killing other players, but also for chopping monsters or participating in events. Shards of Hatred alone, however, are useless - they require purification at a special altar, after which they become a special currency, enabling us to buy new equipment. The purification is where the fun begins, because that's when other players in the zone can attack us to take our treasures. If we manage to survive the attack, we ge to keep our shards. 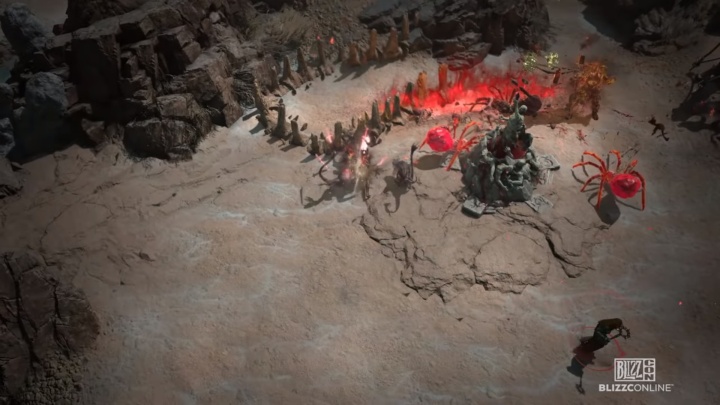 PvP zones can bring us a lot of benefits, but they also carry risks

Frequently killing other players can have one additional effect. Once we become a notorious killer, we'll be marked as Vessel of Hatred on the map, and all players in the area will know we're around. This is important because eliminating the Vessel is rewarded with extra bonuses, making us an easy target for "bounty hunters". If we manage to survive the attacks of other players for some time while being a Vessel, we can be lavishly rewarded for it.

We will learn more about Diablo IV and upcoming Blizzard Entertainment games during the next days of BlizzConline 2021.