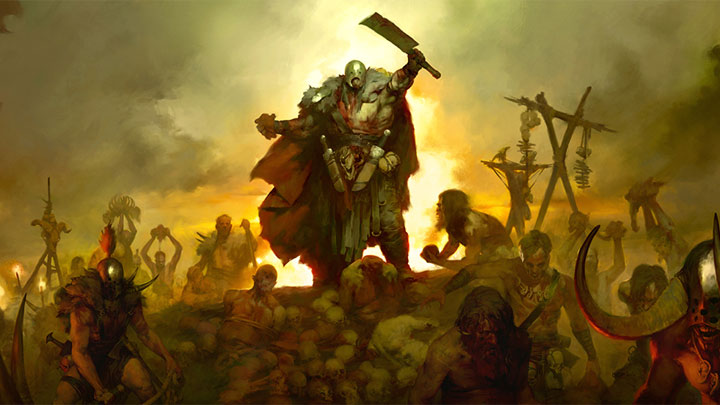 We don't know when Diablo IV will launch.

After the reveal of Diablo IV in November last year, the devs promised that they would report on the progress of the work every quarter. The first of these updates was published on the official website of the game. It focuses on discussing the interface, controls and opponent designs.

On PC we will be able to centre the action bar at the bottom of the screen.
In a nutshell:

On the previously released gameplays we could see that the interface elements containing, among others, life and mana bars was placed in the lower left corner of the screen. However, this solution was not to the liking of the players, so it was finally decided to offer the possibility of centering the action bar. Interestingly, this option will only be available on PC. On consoles, this item will always be displayed on the lower left.

The creators spent a lot of time exploring different types of screens and discovered that on monitors it is easier to look at the bottom of the screen. On the other hand, in the case of TVs, players usually sit further away from the screen and easily keep an eye pit for both the action bar and the character's surroundings.

The interface will make it easier to play in a two-person co-op mode on one screen.

There are also plans to improve the co-op mode on one screen. This way, Diablo IV will enable two playersto open their own charcter and equipment screens simultaneously.

Moreover, initially the devs intended to use item icons resembling painted pictures. The problem is that once they have been reduced to fit on the equipment screen, they become completely unreadable. Nowadays, the creators are reworking this element, relying more strongly on the appearance of three-dimensional objects.

Diablo IV is the first installment of the cycle, which is created from the beginning for both PCs and consoles. As a result, developers put a lot of effort into developing controls on gamepads, also for PC. They promise, however, that this will not negatively affect the complexity of gameplay on mouse and keyboard.

Developers admit that a large number of players have asked to be able to assign the main skill to any button other than the left mouse button in order to be able to separate movement from attack. That's why the creators decided to allow more freedom in configuration of controls. We will also decide which action is to be assigned to mouse and keyboard buttons, so it will be possible to separate the movement order from the attack order.

Blizzard also discussed what guidelines the studio follows when designing monsters. Many of the enemies known from the previous installment will return, but they will undergo a major metamorphosis to fit into the darker and more serious atmosphere of Diablo IV. They will be grouped into families with unique fighting styles. Within each of them, there will be archetypes specializing in different things. This will help individual group members to cooperate better - e.g. tough units fighting in close combat will use their own bodies to protect weaker allies focusing on ranged attacks.

The devs also revealed a new family of enemies - the Cannibals. It will consist of four types of warriors. One of them will have a heavy cleaver, allowing for powerful but slow attacks. The second one will use a lightweight halberd, which allows for faster movements and jump attacks. The third will be a giant holding two spiked clubs, which may stun our character. The fourth type will bet on instant attacks with a pair of axes. Interestingly, among the cannibals, there will be no enemies fighting at a distance.

Last but not least, Diablo IV is coming to PC, Xbox One and PlayStation 4. So far, the developers are not ready to reveal the planned release date.