Starting January 1, Diablo III players can return to Tristram as part of an event. This is not the only sign that Blizzard has not forgotten about the 25th anniversary of the release of the original game in the series. On Facebook, developers published infographics with statistics from Diablo II: Resurrected and - in one case - Diablo III. 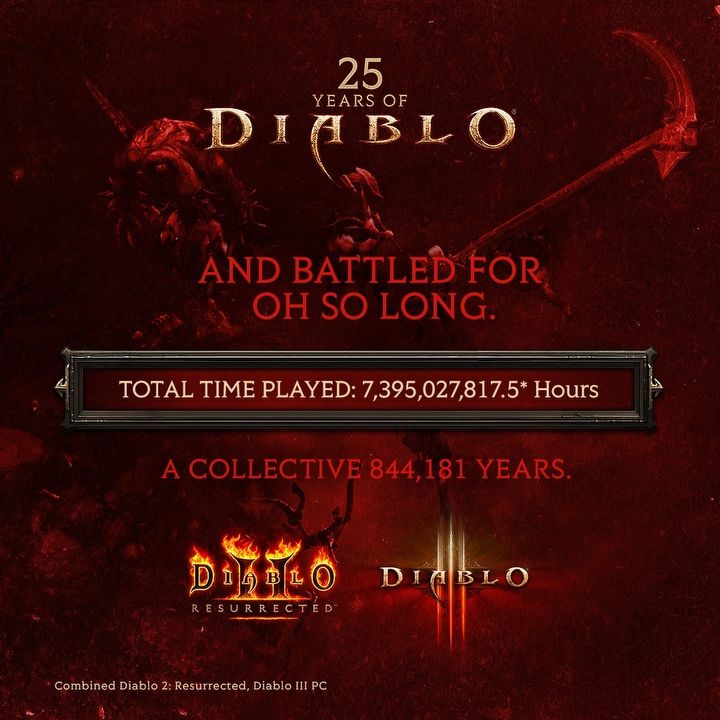 Fans have already spent almost 7.4 billion hours, or 844,181 years playing the last two parts (with only the PC edition of Diablo 3 taken into account). Meanwhile, in the Diablo II remaster alone, players have started a new game more than 2.1 billion times in which they've slaughtered nearly 1.5 billion bosses, dying more than 437 million times in the process. Thankfully, they've compensated for these "injuries" with treasures, as since the release of Diablo II: Resurrected characters have earned a total of 43.5 trillion pieces of gold. 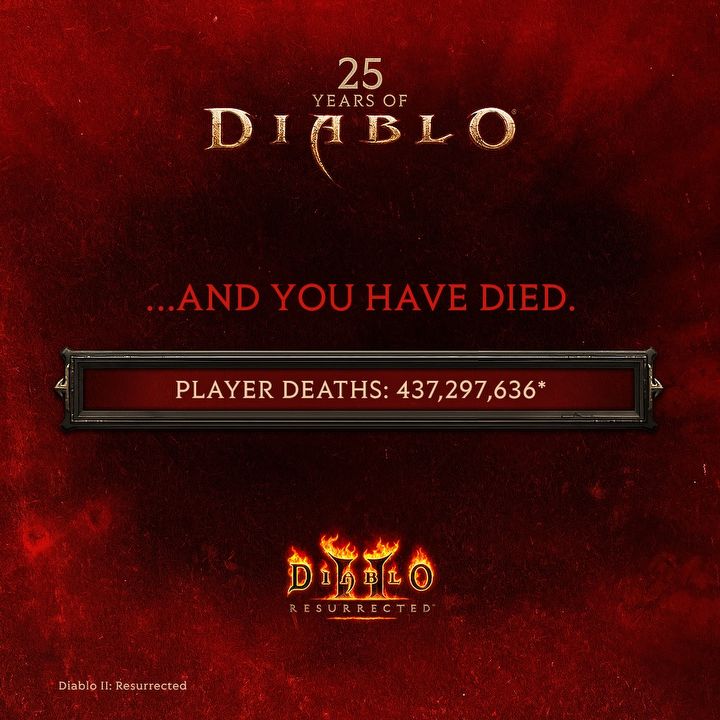 Of course, impressive numbers (incidentally proving the involvement of players) surely are pleasent to look at for the creators, but also make fans hope for something more. For now, they are still waiting for more information on Diablo IV (and Diablo Immortal, despite the initial... ekhm, lack of enthusiasm for the mobile game), as well as further development of D2: Resurrected. Perhaps Blizzard is also preparing some surprises, which - I hope - will be a worthy celebration of the quarter-century of hack'n'slash Diablo games (and will divert attention from the recent problems of Activision Blizzard).

Director of Days Gone - Over 9 Million Copies Sold, Still a Failure for Sony

The Sims 4 with Roadmap for Next 3 Months

Director of Days Gone - Over 9 Million Copies Sold, Still a Failure for Sony