Last week, Diablo Immortal tests began for selected players. This is just the so-called tech alpha, where the developers want to try out the game's current formula, and probably a lot will change by the time of a potential beta (not to mention the launch). Nevertheless, the test participants decided to get some clarification from the developers about the mobile Diablo. Questions from players who have already had their first encounter with Diablo Immortal were answered by lead designer Wyatt Cheng and lead producer Caleb Arsenaux.

The participants of the tests asked the creators questions. One of them concerned the possibility of the appearance of Hardcore mode, in which after the death of the hero we have to start the game from the beginning. Wyatt Cheng said that currently the team is not considering implementing such mechanic. The designer emphasized that Diablo Immortal will put a lot of emphasis on interaction with other players, i.e. making friends, joining guilds etc. The designer admitted that losing a companion in the game after an "unfortunate and gruesome" death of his protagonist is a "cool idea", but it is against the developers' idea. 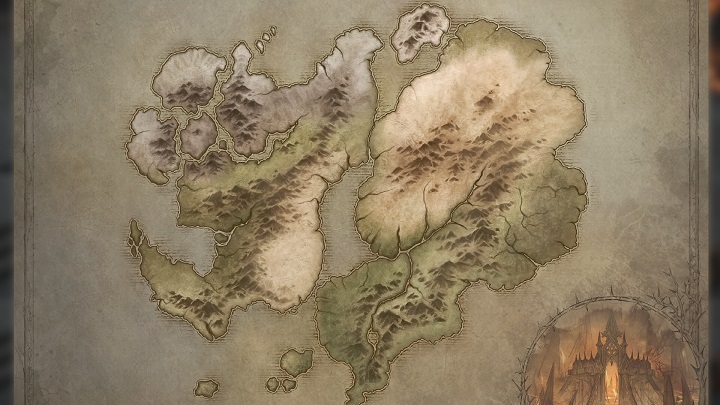 The developers of Diablo Immortal rely on guilds and friends in the game.

For similar reasons, the developers don't want PvP clashes to bring the title closer to esports. Diablo Immortal is to be primarily a title in which various players will gather to "enjoy killing each other". This mention was made in the context of asking for rewards for PvP skirmishes, although Arseneaux stressed that for the time being he cannot talk about plans related to this mode. However, he mentioned lairs and legendary monsters. Players will be able to come across them during the exploration and they will be a short break from other activities. However, it is noted that they will not be frequent enough to justify pointless roaming in search of these tasks and using them for farming.

The announcement of Diablo Immortal two years ago definitely didn't spark a wave of enthusiasm in the community, quite the opposite in fact. This was largely due to the fact that it is a free mobile game, which is inherently associated with pushy microtransactions. No wonder, then, that among the questions asked by the testers there were also requests to clarify this issue. In order to avoid Pay2Win, the developers assumed on the spot that all gear could be obtained only for active gaming.

Real currency can be used to purchase only cosmetic items and premium battle passes (basic versions will be available for free). However, it should be mentioned that so called Battle Passes will be available every month - the current one is valid for 2 months in order not to interfere with the tech alpha. Fortunately, buying a Battle Pass will enable all characters in our account to benefit from it. It will not be possible to buy experience boosters and such.

Of course, the issue of upgrading gear remains a separate issue, but here too the creators have made some concessions. Players will be able to remove gems (which in Diablo Immortal act as item modifiers) to move them to another item. This way, they won't have to invest from scratch in items introduced in new content packs, which will prevent drastic devaluation of old gear as the game develops (so-called powercreep). Scaling of legendary powers to higher levels after such upgrades is also designed to prevent it. 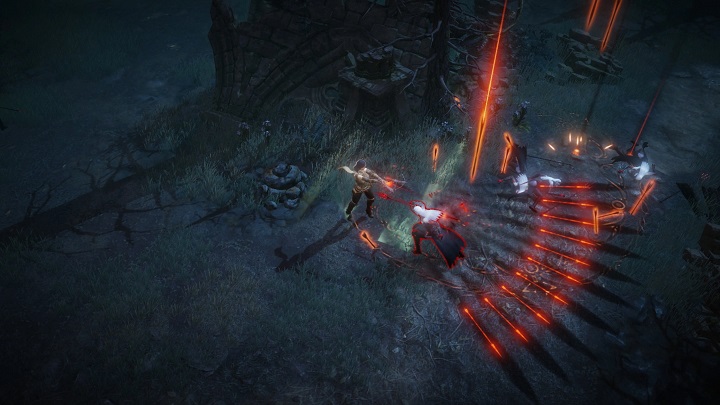 The AMA session brought a lot of information about the developers' plans.

The AMA session also clarified issues related to the presence or absence of certain elements known from the main installments of the series. In Diablo Immortal we will find runes, but without the possibility of combining them in Runewords for even more powerful effects. There is also no transmogrification, although the creators plan to introduce a similar solutions (including a system to help manage legendary powers). The devs also do not plan to implement Primals or Ancient items for release, although the possibility of introducing them within a content pack is not excluded.

Of course, there are also some shortcomings in the game due to early stage of development. Some textures, models, etc. were taken directly from Diablo III, even though, according to Arsenaux, the engine used by Diablo Immortal is capable of generating much nicer graphics than the third installment. The fun is also accompanied by sounds from older games, but these will remain unchanged in the full version of the game (which the creators jokingly justify by setting the action of the game between events from the second and third Diablo). The game doesn't also yet offer full planned content for those who have completed the main storyline. Yes, there are Challenge Rifts, but they have a slightly different function than the Greater Rifts of Diablo III. The skill trees are also incomplete - there are two skills missing from the game, which we will unlock in the last 15 character levels.

As you can see, the developers have tried to dispel as many doubts as possible about the mobile Diablo. Of course, words are one thing, but the question remains, how much of it will turn out to be true after the release. This is still a topic avoided by the devs, although some players are looking for clues about Diablo Immortal's debut next Halloween in one of Arseneaux's statements. However, we can be comforted that so far the players' impressions from the tech alpha are very positive. Let's hope that the full version of the game will evoke similar emotions.

Sony Makes 3 Movies and 7 Shows Based on PlayStation Games

Inside for Free on Epic Games Store

Sony Makes 3 Movies and 7 Shows Based on PlayStation Games