The vision of dystopian future is still in high demand among many viewers. Netflix, the producer of the movie I Am Mother, knows all about it. It has already had its premiere at the Sundance Festival at the beginning of this year. The wider public will be able to watch it on the popular streaming platform on 7 June. Below is a new trailer for production.

I Am Mother tells the story of a teenage girl who is supposed to be the first representative of a new generation of humans. She is raised in an enclosed facility by a robot called Mother, whose task is to repopulate the Earth after our species has went extinct. One day, a mysterious woman appears in the shelter. The stranger sows a seed of uncertainty in the protagonist about the world in which she lives and the true intentions of the Mother.

The main roles in I Am Mother is played by Clara Rugaard-Larsen, Hilary Swank (winner of two Oscars for her role in Million Dollar Baby and Boys Don't Cry) and Rose Byrne, who will voice the Mother droid. The film was directed by Australian Grant Sputore and written by Michael Lloyd Green. 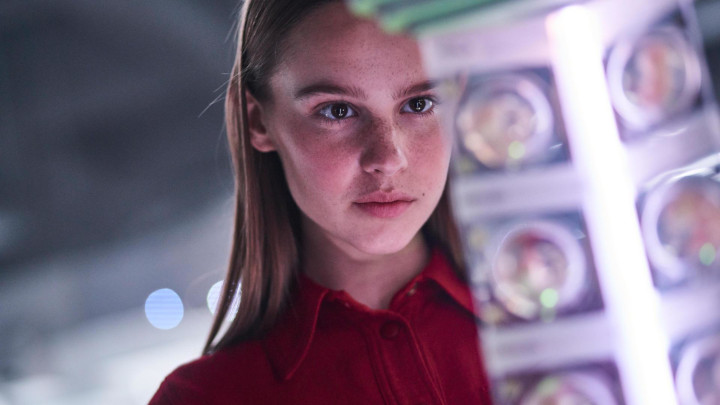 The life of the daughter played by Clara Rugaard-Larsen takes a sharp turn when she meets a mysterious stranger.

Both creators of I Am Mother do not have much of a back catalog, which may raise some concerns among the fans of the genre. It seems, however, that this duo has very much stood up to the occasion. On Rotten Tomatoes, 86% of the 28 opinions about their work are positive. Critics praise the atmosphere of the movie, an intriguing, deep, though in some places formulaic plot, and excellent work of the actors, with the performance by Hilary Swank at the forefront. We can't wait till 7th of June to see for ourselves whether I Am Mother is really worth recommending.