Elex 2 did not attract too many players on the day of its release. In this respect, the title definitely loses to the previous installment of the series by Piranha Bytes.

According to SteamDB yesterday evening, at the hottest moment of the day, the game was launched by less than six thousand people. The prequel, in turn, could boast about 20 thousand players exploring the planet Magalan on the day of release. 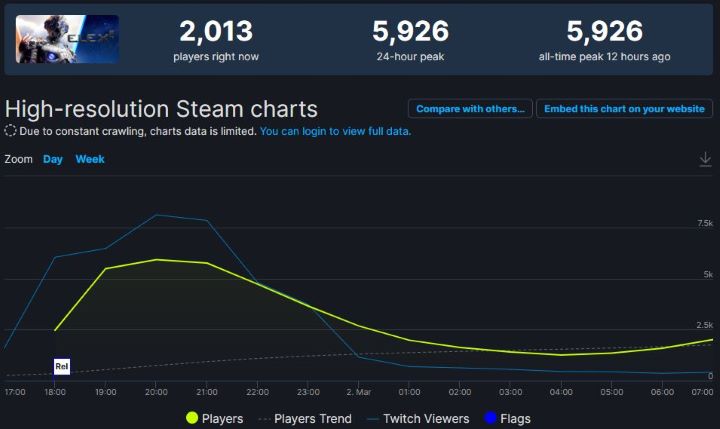 Competition proved to be too strong

The result achieved by Elex 2 most likely does not meet the expectations of the developers. It is influenced by several obvious factors.

First of all, the release date of the new work of German developers undoubtedly works against it. The game debuted on the market in the period of Elden Ring's domination.

The game by FromSoftware is one of the most awaited titles of this year. This is evidenced by the number of players who launched the game within the last 24 hours (828 thousand, according to SteamDB).

Moreover, Elex 2 was not received particularly well by the players. At this point, user reviews on Steam are mixed (65% positive feedback). In this regard, the game also loses to its predecessor (74% positive reviews).

For now, the release of Elex 2 is not a spectacular success. It remains to wish the developers that with time the situation will improve.

While It's Not Portal 3, Valve's New Game Collects Accolades

Resident Evil 2, 3 and 7 Will Get Free Next-gen Upgrades