The creator of Mars is Flat - THE GAME wanted both Musk himself and his company SpaceX to appear in his game. This is not surprising, considering the fact that the flight to Mars and the subsequent construction of a Martian base is one of the flagship projects of SpaceX. How to convince the richest man in the world to allow us to use his company's logo? It turns out that we have to be very annoying - Lyubomir decided to send tweets to Musk every day for a year. The boss of SpaceX yielded after 154 days and replied.

Lyubomir did not hide his joy at this turn of events. He informed that he intends to donate 80% of the profits from the game's sale to SpaceX and thus contribute to the dream of manned flights to Mars. However, he has to seriously consider whether the use of words such as "steal" and "probably" doesn't indicate that Elon is not entirely enthusiastic about the project of the Bulgarian enthusiast. Perhaps Musk is leaving himself an open door, in case the game does not present a certain level and he decides to involve his lawyers in the matter after all. After all, he didn't promise anything.

Mars is Flat will be a survival simulator taking place on the Red Planet. The game is in development and the release date is unknown. The focus will be on the technical aspects of colonizing Mars. The developer pays great attention to details. He uses heat maps from Google Mars and images from satellite to create areas on the game map. 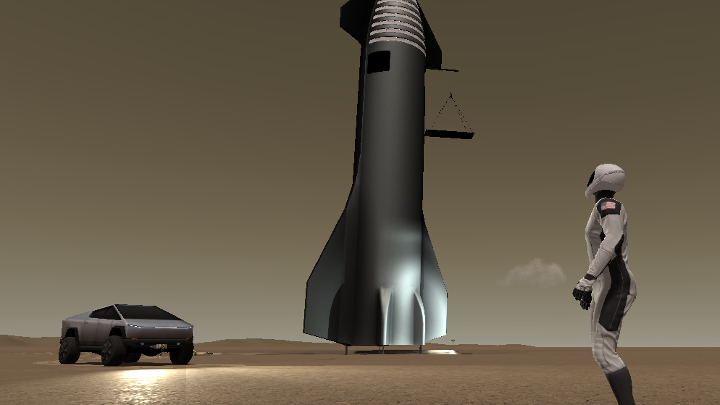 Lyubomir has proven that, at least on some issues, persistence definitely pays off. Even if Elon did not react with excessive enthusiasm, at least he paid attention to the Bulgarian's project. If you are interested in the game's progress, we recommend watching Lyubomir's Twitter account, where he regularly posts videos.