The court hearing between Epic Games and Apple continues, and as it progresses, new revelations are being made known to everyone involved. Yesterday, a document was revealed (previously presented in the courtroom), which confirms that Tim Sweeney's company paid various streamers and influencers to advertise its store. However, the main purpose of this marketing campaign was to disrupt the organic traffic of Steam - Epic's direct competitor.

Organic traffic is the term for all Internet users who came to a given website through free search results, i.e. those not marked as advertising. If you type the name of any game into, say, Google search, in virtually every case the link to Steam will be higher than the link leading to Epic Games Store. The involvement of popular developers was supposed to push EGS to the top of search results and thus knock the competition off their pedestal. The estimated budget for this plan oscillated around 10-15 million dollars. 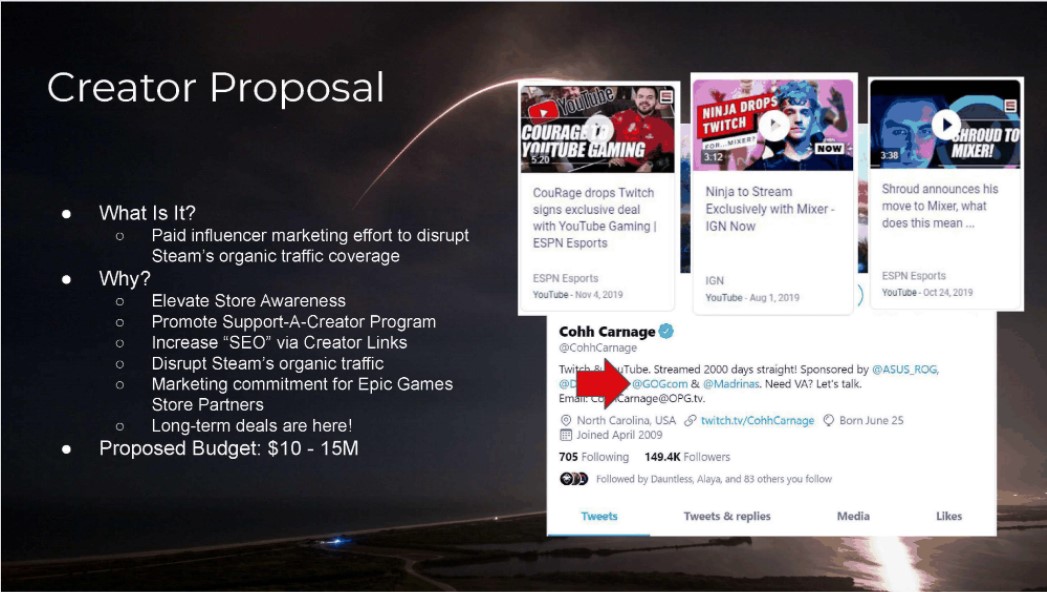 This isn't the first interesting information to come out of documents presented in the court battle between the two corporate giants. Previously, we learned that Epic Games paid $115 million for the temporary exclusivity of Borderlands 3, and about a deal with Sony that would see the Japanese company receive a $200 million advance for providing Epic with several exclusive games.