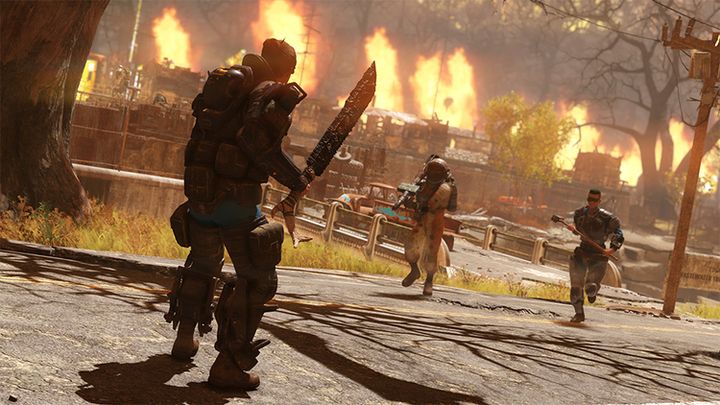 A new hack appeared in the PC version of Fallout 76, which enabled cheaters to literally pick other's inventory clean. The exploit was extremely easy in its operation and there was practically no way to defend, it was enough that someone came up to us and could deprive us of our belongings in a flash. Security was only ensured by not logging into the game, but fortunately the problem has already been eliminated. If you're curious about how the hack worked, take a look at this video.

To make the whole matter even worse, the thieves were able to steal both the equipment looted from monsters and crafted in the game, as well as items bought by the players for real money (or rather Atoms - the in-game currency). According to some reports, you could even steal... the PipBoy, a device that traditionally displays UI in Fallout games. It is also somewhat embarassing that a few days earlier the community was warned that this kind of exploit will appear in the game. However, the developers failed to nip the problem in the bud.

The developers apologised for the situation and indicated that they wanted the people affected by the hack to be compensated accordingly. Robbed players should contact customer service. A minor image mishap was not avoided along the way - in their post, the developers stated that the problem concerned "a small number of users", while everything seems to indicate that the scale of the problem was anything but small (for example, one of the thieves boasted that he robbed over 500 people).

One would like comment the matter accordingly, but to tell the truth, there are no civilized words to express what we feel right now. With each news about Fallout, 76, fans of radioactive wasteland facepalm even harder. Suffice it to say that the hack appeared soon after another one, which allowed spawning NPCs and elements of the environment (including things dating back to Fallout 4). In turn, a week earlier we had a bug introduced in the official update, which destroyed the legendary armor of players. You were our brother, Bethesda. We loved you...