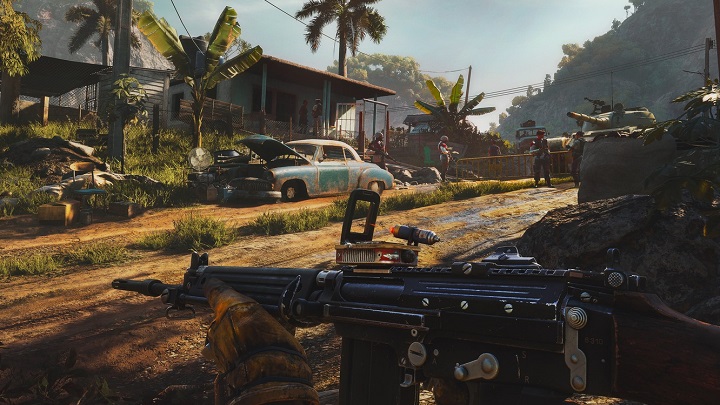 Not everyone will have a chance to play Far Cry 6 in 4K.

Ubisoft's official support account deleted the previous entry and stated that the message was misleading. The information on the graphics refers only to the Xbox family consoles and means that 4K resolution will be available only on Xbox One X and Xbox Series X (we won't find it in Xbox One S for example). For the time being, the company does not comment on the other platforms (i.e. PlayStation and PC).

One Twitter user pointed out that Far Cry 6 in 4K resolution will only be available on Xbox One X and Xbox Series X consoles. He wasn't sure wether there a mistake hasn't been made, so he asked the official Ubisoft support account a few days ago. Today, his theory has been proved wrong and the French company has officially admitted that 4K resolution will actually be available only on Microsoft consoles.

So it appears that the owners of PS4, PS5, and also PCs will not launch the game in 4K. One could doubt the interpretation of Ubisoftu's answer because the question asked did not directly concern PCs, but Microsoft has made it clear that the aforementioned resolution will only be available on Xbox One X and Xbox Series X.