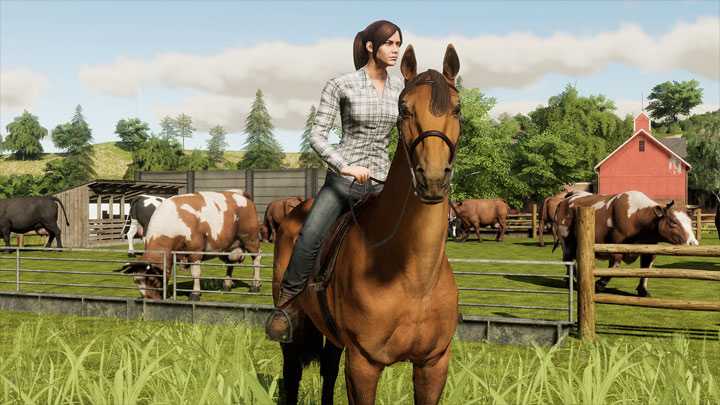 Horses are one of the biggest novelties in Farming Simulator 2019.

The day for which the fans of virtual agriculture have been waiting for many months has finally come. Farming Simulator 19, the latest installment of the hit series created by GIANTS Software, has been released today. The game is available on PC, Xbox One and PlayStation 4. Also, you can select the language version on all three platforms (via subtitles).

If you’re considering purchasing the PC edition, it’s worth getting acquainted with the hardware requirements, before making the final decision. Unfortunately, the creators have only released information about the minimal configuration, without specifying what hardware will be needed to enjoy everything that the game has to offer.

The authors praise the game as a big step forward for the whole brand. It is to offer the largest selection of agricultural machinery in the history of the series. Machines made by the John Deere company are making an appearance for the first time in the series. Cotton and oats have been added to the list of available crops. Horses have finally joined the available livestock and riding on them has become an additional form of transport between our estates.

Developers have also put a lot of work into improving the game’s visuals. The game looks much nicer than the previous iterations, offering a higher level of detail, more beautiful effects and more objects on maps.

The first reviews are just beginning to appear on the web, so for now it’s difficult to judge, whether Farming Simulator 19 has met the community’s expectations. On Steam, the players' impressions are currently mixed, with only 61% of users rating the game positively. The title is mainly criticized for its technical issues and too much similarity to previous releases.