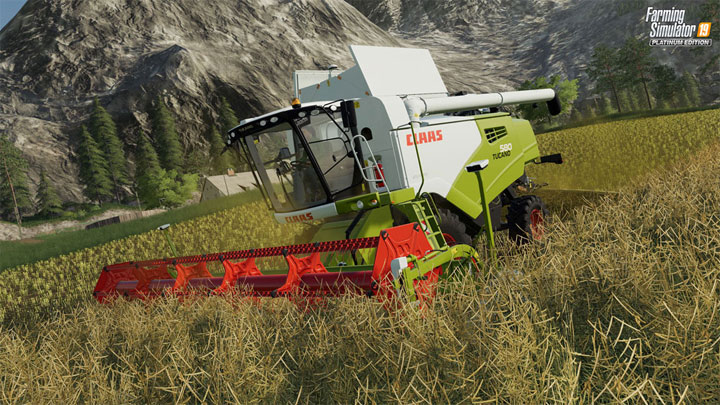 The expansion will be released in October this year.
PLATINUM EXPANSION IN A NUTSHELL:

GIANTS Software announced Platinum Expansion, an add-on to Farming Simulator 19. The production is aimed at PCs, Xbox One and PlayStation 4. The launch is scheduled for October 22, this year. This will be a dependent expansion, so you will need the basic version of the game to play it.

On the same day, Farming Simulator 19 Platinum Edition, i.e. a set containing a basic version of the simulator with the add-on, will be available for sale. This edition of the game will also be released on PC, Xbox One and PlayStation 4.

The biggest attraction of the expansion will be the introduction of the German company CLASS. In total, we will get 35 vehicles and agricultural machines. Among them we will find, among others, new tractors, harvesters and trailers and their accessories. Unfortunately, this is the end of concretes shared by the devs. We'll have to wait for more information.

Farming Simulator 19 was released on November 20, last year, simultaneously on PC, Xbox One and PlayStation 4. The game turned out to be a great success, selling over 2 million copies.