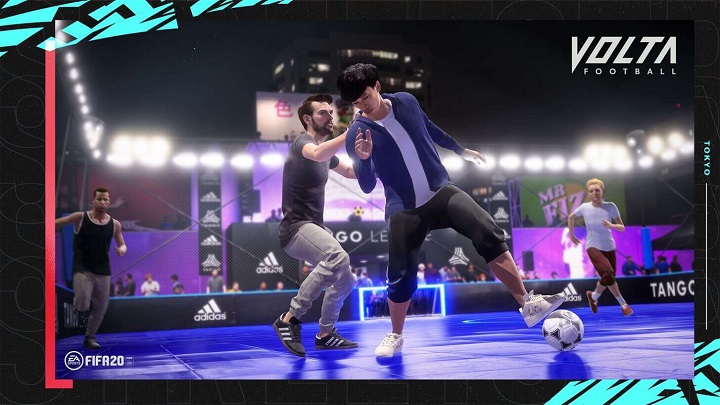 FIFA Street fans should be happy with the new mode.

We had to wait a little while for new, more detailed materials presenting FIFA VOLTA, a separate mode for FIFA 20, similar to the popular FIFA Street series. A 2-minute trailer of the game has just been published on the Internet, telling us something more about it.

First of all, VOLTA will offer matches on the streets, community playgrounds and halls set up all over the world. There will be 17 locations in the game where we will play matches (including Barcelona, Tokyo and Miami), and teams will consist of three to five players. A campaign has also been announced, in which we will have six hours of fun in a directed story before taking part in the VOLTA World Cup in Buenos Aires. More fun will be provided by other modes in which we will play with our friends by setting our own rules or even the lack of them (called House Rules), or in the online league with opponents from all over the world. 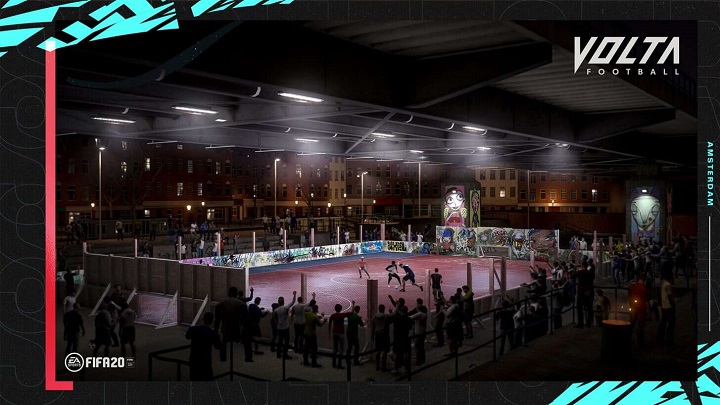 VOLTA is to provide a truly diverse range of playing fields.

In an interesting solution was implemented for the building our own team, which will be used to play league matches in online mode. Apart from the player created by us, we will have to recruit others from opposing teams. After each victory there will be an option to recruit a player, which will strengthen our line-up in terms of skills. However, it's worth knowing that we won't be able to improve them in any way, so it will be necessary to get better and better players in order to have a chance with strong opponents.

FIFA VOLTA greatly emphasizes player personalization. There will be lots of outfits, hairstyles, tattoos and even emotes to choose from, and most items will be unlocked by completing challenges in the game. The character we created will be able to play in all modes.

FIFA 20 will go on sale on September 27, this year and will be available on PC, PlayStation 4, Xbox One and Nintendo Switch.