As the title suggests, Men of War: Assault Squad 2 - Cold War will take us back to the Cold War era. During the game we will take command of Soviet or American armies, which we will control individually or by giving orders to the whole army (which is already a kind of token of the franchise). We will be able to control both ground units (from infantry and support vehicles to heavy tanks and artillery) and air units (like combat helicopters and jet fighters). The battles will be fought on various maps, which will include rural areas, destroyed bases and ruined cities.

The campaign, which is the pillar of this position, is to be generated procedurally, which, according to the creators, will ensure "almost endless fun" and increase the diversity of the game. Before we start, we will choose our preferred length, and after we complete it, nothing will prevent us from starting again, changing various parameters (from difficulty level to resources and factions) or going into infinite campaign mode and continue playing. We will be able to check it both solo and in cooperation mode.

Besides, there is something for everyone who loves multiplayer competition. The devs have prepared the so-called Combined Arms mode (where we will capture points and then try to maintain control over them at all costs) and the Anihilation mode (where we will try to take over the enemy base, while protecting the resources present on the map). 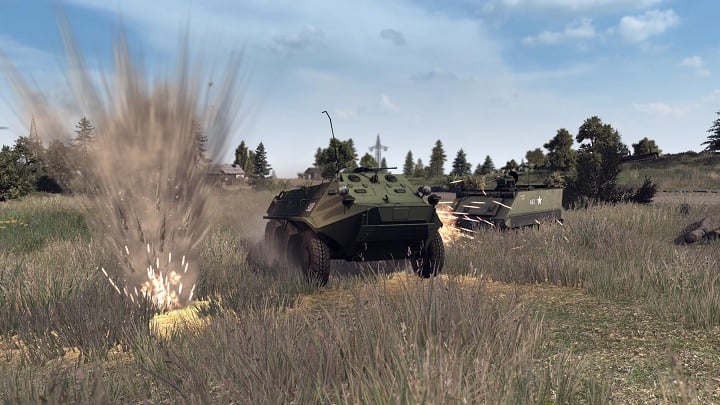 In Men of War: Assault Squad 2 - Cold War, the creators will try to capture the atmosphere of perpetual danger characteristic of the Cold War era.

Below you will find the initial hardware requirements of Men of War: Assault Squad 2 - Cold War.

Expert: „Games as Responsible For Shootings as Bananas For Suicides”