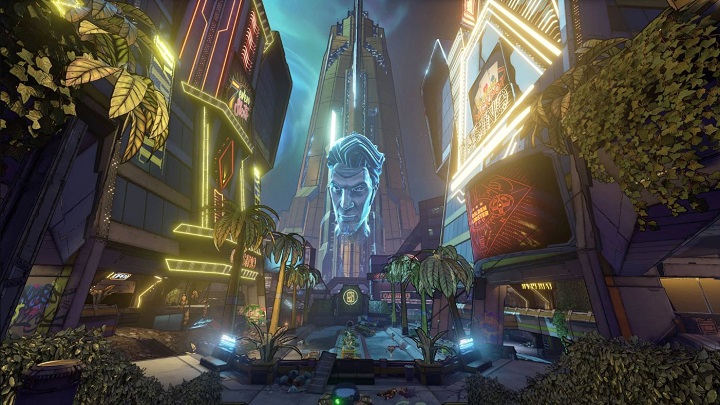 We'll meet Handsome Jack even in Borderlands 3. Or at least his hologram.

On December 19, this year, Borderlands 3 will get its first story DLC, Moxxi's Heist of the Handsome Jackpot, which will take the players to the casino previously owned by Handsome Jack, the antagonist from the previous installment of the series. The whole project is run by Moxxi, who plans plunder the abandoned station left by her ex. We, as Vault Hunters, have proven that we are worth being included in her team to get the loot.

In order to begin the expansion, the player will need to have access to the ship Sanctuary III. Enemies and objects on the map will scale to our level, but as the devs assure, missions and challenges are to be sufficiently difficult and satisfying. Between us and the loot there's a whole army Hyperion corporation's forces, which still remember the Handsome Jack era.

In addition to legendary weapons, the players will be able to obtain cosmetic items such as skins for ECHO devices or weapon straps. It is worth noting, that this is the first expansion out of four planned, but at present we do not know the release dates of the next. In addition, Borderlands 3 will also receive a new "raid" challenge for four players, called Takedown at the Maliwan Blacksite. It will appear with a future update, which will also introduce a new level for the Mayhem mode.