Today, Borderlands 3 should receive its first major patch. Developers at Gearbox Software have tackled optimization issues on PC and trampled a number of bugs, including troublesome user interfaces and bugs that pested gamers in multiplayer. The full list of fixes made by the devs can be found at this address; the selected ones are listed below. 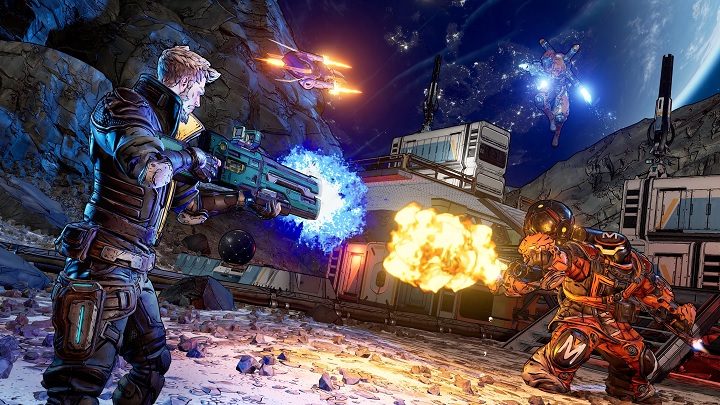 The Gearbox Software team has been leaning on the errors that plagued her work.

Let's start with the fact that the developers managed to deal with the sudden stuttering of the game when using weapons with a scope (but not only), which was a real pain for PC players. In addition, there was a bug that made it impossible to comple the Footsteps of Giants quest, the options of weapon sorting in slot machines was expanded, the Porcelain Pipe Bomb grenade (which will not explode several times after encountering terrain obstacles) was changed, icons of players were attached to the side of the minimap during the multiplayer game or finally the broadly understood stability of the game was improved.

We would like to take this opportunity to remind that Borderlands 3 was released on PC, PlayStation 4 and Xbox One on September 13. The title was not only an artistic, but also a commercial success, at the same time confirming once again that boxed versions of games are becoming obsolete.