Electronic Arts has published a new trailer for Star Wars Jedi: The Fallen Order. The video focuses on presenting the story background of the discussed production. Before we invite you to the screening, we would like to remind that Respawn Entertainment's new title will be released on PC, PlayStation 4 and Xbox One, and will debut on November 15.

Running away from an imperial inquisitor hunting Jedi knights, Cal Kestis, the main protagonist of the game, decides to join a group of rebels. In this way, the adventure will begin, during which he will travel through the various corners of the "distant galaxy", confronting the soldiers of the empire... ...but not only them - there will be monsters in his path that he will either kill... or use as a mount.

As befits a story trailer, the video is filled with fragments of cut-scenes; however, there is also room for gameplay, showing spectacular clashes with opponents or short scenes presenting exploration of atmospheric locations. 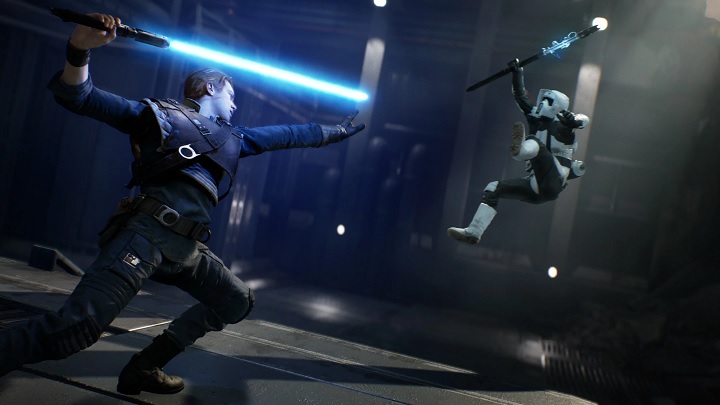 One imperial stormtrooper is not a big problem for Cal Kestis. But when several of them get together... things can go both ways.
video gamesStar Wars EA / Electronic Arts Respawn Entertainment trailers (games) TPP action games PCPS4XONE