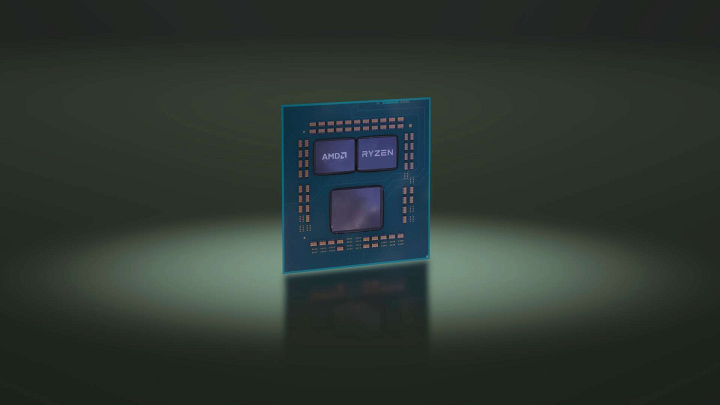 The results of the first tests are very promising.

The Spanish website El Chapuzas Informático published the first tests of the AMD Ryzen 5 3600 CPU. The performance of the new 7 nm processor has been tested in many benchmarks and compared to competitive Intel systems. After analyzing the results, we can safely say that we are dealing with a decent processor at a good price.

Performance per core similar to i9-9900K

Although the new chipsets from AMD will not be available for sale until July 7, the Spaniards managed to test the Ryzen 5 3600 in synthetic tests and assess how well it performs in games. The weakest model in the new series, using the Zen 2 architecture, has 6 cores and supports 12 threads. Its base clock is 3.6 GHz, while in boost mode it goes up to 4.2 GHz. These are quite standard values for this type of chipsets. In addition, the chip has 35 MB of cache memory on board and its TDP is 65 W. The set also includes Wraith Stealth cooling, which is a decent reference solution.

The processor was tested on the X470 AORUS Gaming 7 WiFi motherboard with G.Skill FlareX DDR4 memory (16 GB, 3200 MHz clock) and Geforce RTX 2080Ti Founders Edition GPU installed. CPU temperatures, using reference cooling, ranged from 40 degrees Celsius at rest to 75 degrees under load. The power consumption of the entire test platform was 125 W without load and 360 W under heavy load. For comparison, a computer equipped with a Ryzen 5 3600 CPU had 55 W lower power consumption than a computer with a Ryzen 5 2600 and 65 W lower than a computer with a Ryzen 7 2700X on board.

Let's get to the point.

Initially, the CPU was tested in several benchmarks, including Cinebench R15, Cinebench R20, wPrime, and X264 video processing. In many of them the chipset from AMD proved to be better than the Core i7-9700K, which is a great result, given that the Intel CPU has a TDP of 95W. In the tests of a single core, the brave Ryzen came out comparable to the top Intel system - Core i9-9900K. Yes, the AMD processor from the low shelf has come very close to Intel's flagship. All this thanks to more instructions per cycle in the Zen 2 architecture.

Overall, Intel CPUs win, but let's remember that Core i7-9700K is almost twice as expensive as Ryzen 5 3600, not to mention Core i9-9900K prices. I wonder what will be the performance of the new processors Ryzen 7 and Ryzen 9, which will be equipped with 8 and 12 cores respectively. 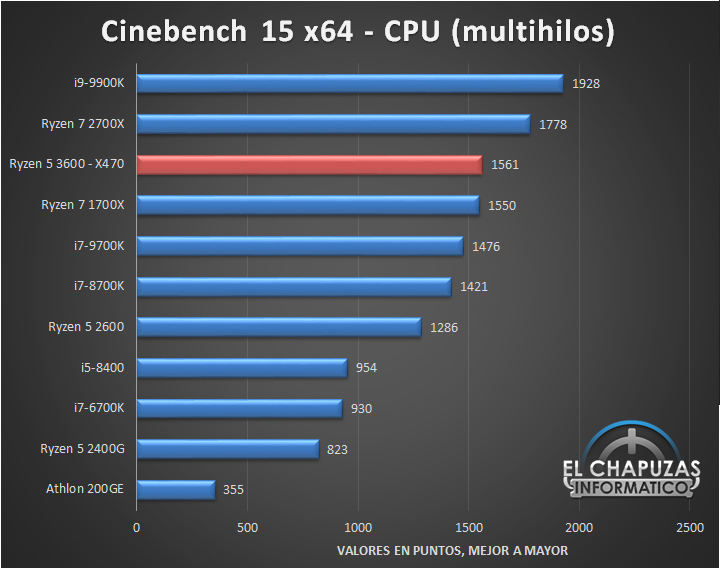 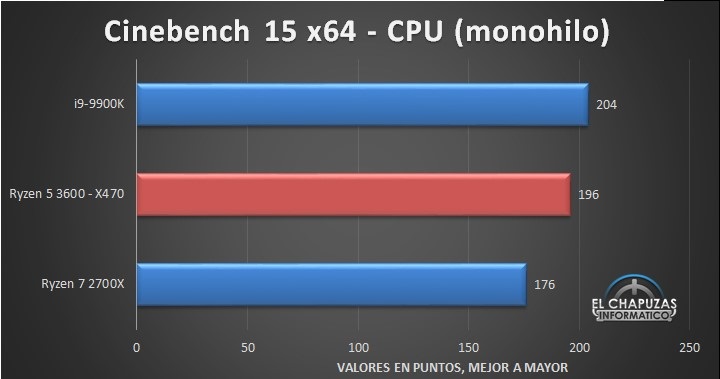 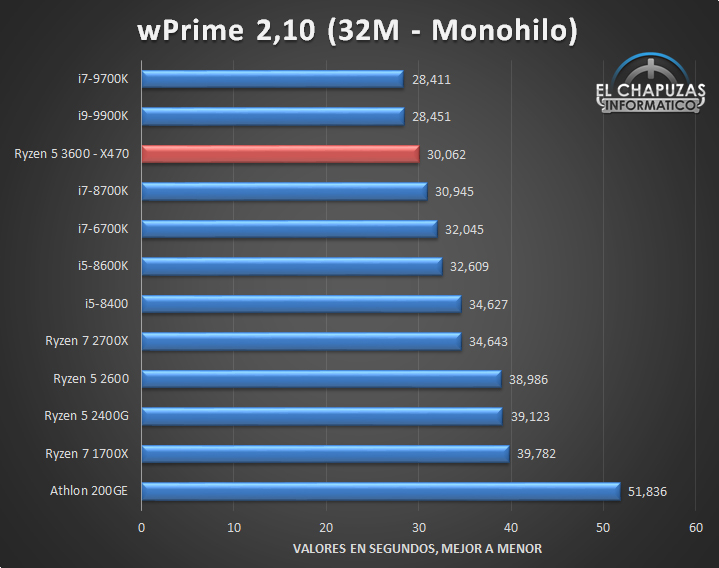 In the remaining trials the delays and performance in games were checked. As in the previous benchmarks, a big step forward in comparison to the previous generation of Ryzens can be seen here. 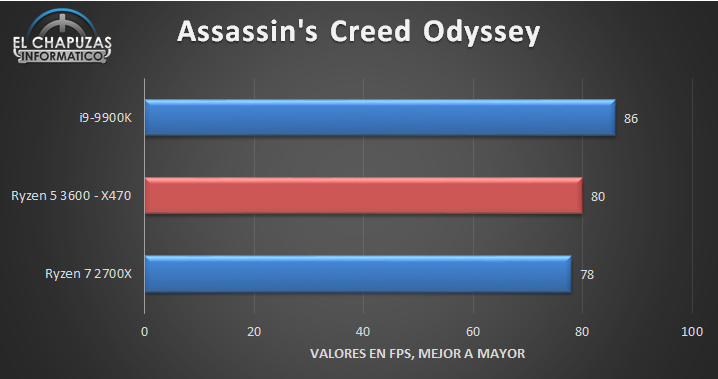 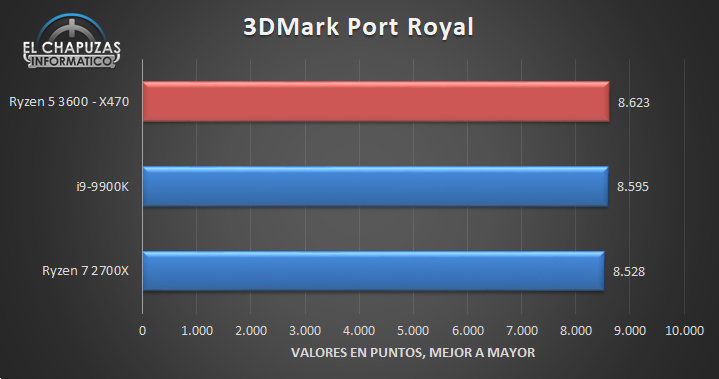 Only the delays raise some doubts. As the author of the test admits, the motherboard used a very early BIOS version, and the optimal DDR4 memory timing for the new series of processors is in the 3600-4200 MHz range. 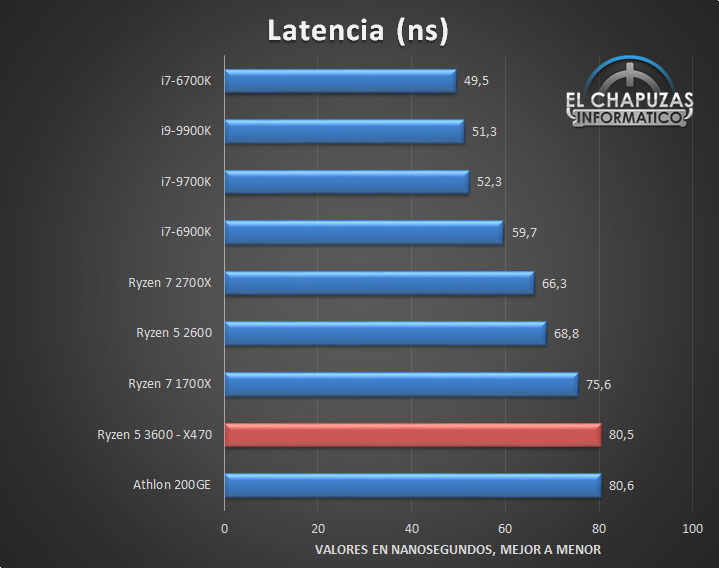 Considering the fact that more refined BIOS and better memory may have a big impact on the results, it is difficult to treat the presented results as fully reliable. Nevertheless, you can already see that Ryzen 5 3600 has a big potential and may turn out to be a sales hit.