Announced in March, I.G.I. Origins, a prequel to the iconic series of spy shooters, has seen its first trailer. In addition, Toadman Interactive, the company responsible for publishing this production (see below for more details) shared the details of its story, released a handful of screenshots, and revealed that in 2021 the game will be released on PC, PlayStation 4 and Xbox One. According to the information available on Steam, the title will not offer a multiplayer mode.

I.G.I. Origins will take us back to 1980. The main hero of the game will be MI6 agent known as Regent, in whose skin we will perform a number of spy missions. The tasks will take us to various corners of the world. Exploring the mysteries of the world, threatened by the ghost of nuclear conflit, we will learn the beginnings of the Institute of Geotactical Intelligence (I.G.I.).

Developers announce that during the game we will make use of a rich arsenal and a number of gadgets straight from the classics of spy action cinema (led, most likely, by James Bond movies). From the materials published by the devs, we can deduce that we will act mainly under cover of the night. 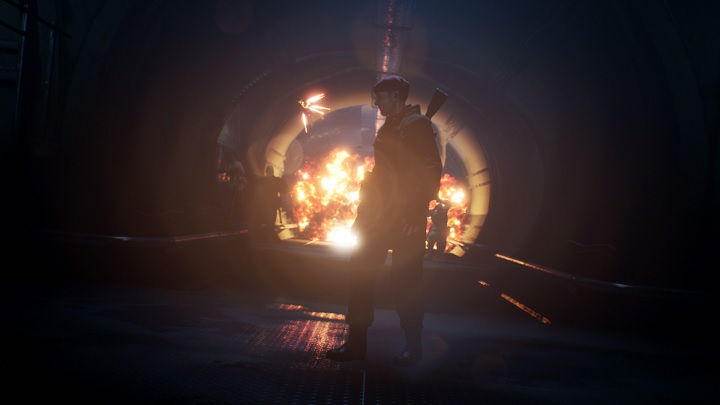 Although spy work requires silent operation, explosions are an integral part of it.

The creators of this project should be given a separate issue. It turns out that Toadman Interactive, which owns the rights to the franchise, will also be reponsible for its publishing. Antimatter Games is responsible for the the development of the game. The team has made a name for itself with Rising Storm 2: Vietnam, as well as by taking part in projects like Evolve or Killing Floor. In addition to I.G.I. Origins, the team is currently working on a multiplayer shooter called '83.