If you heralded a slow demise of Fortnite after the spectacular success of Apex Legends, an online shooter at the beginning of this month, you have to think again. The production of Epic Games studio is alive and kicking; it actually still breaks new records. As the creators revealed (via VG24/7), on Saturday, February 16th, 7.6 million concurrent players were enjoying Fortnite, which is a record figure for day without any special events. For comparison, during special events, the popular shooter was able to as many as 8 million players. 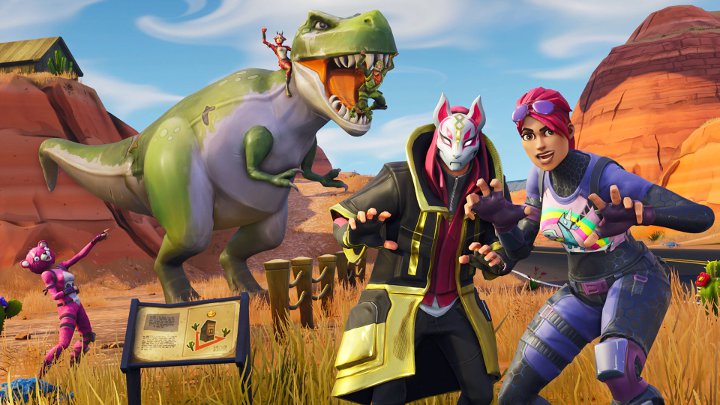 Another month, another reason for the creators of Fortnite to be proud.

It's worth noting that this record was broken exactly two weeks after the overwhelmingly successful concert of DJ Marshmello, which took place in the Pleasant Park on one of the maps of Fortnite: Battle Royale. More than 10 million people watched it in-game, and the number is even greater if you add the audience from Twitch.

It seems that Fortnite's creators have nothing to be afraid about for now. There hasn't been any massive exodus of players, regular updates are still being released, and the cash is still flowing in. In addition, the title is quite firmly rooted in the public consciousness, especially in the USA, and is already recognizable not only by those who spend dozens of hours in the game, but also bythe general public. We've had, for example, reports of the addiction of the famous footballer Mesut Oezil to Fortnite: Battle Royale, as well as some professional basketball and rugby players performing moves from the game after successful moves. Therefore, we should not expect a significant decrease in its popularity in the near future. Before this happens, the Epic Games' creation will be full of attractions and it's possible that more than one record will still be broken.