Xbox Game Pass has already accustomed us to regular premieres of new games. Titles that recently appeared in the service on their release day includes, among others Age of Empires 4 and Football Manager 2022. This is very beneficial for subscribers, so it's no wonder that Microsoft likes to regularly boast about the titles that will appear on day one in Game Pass in the future. 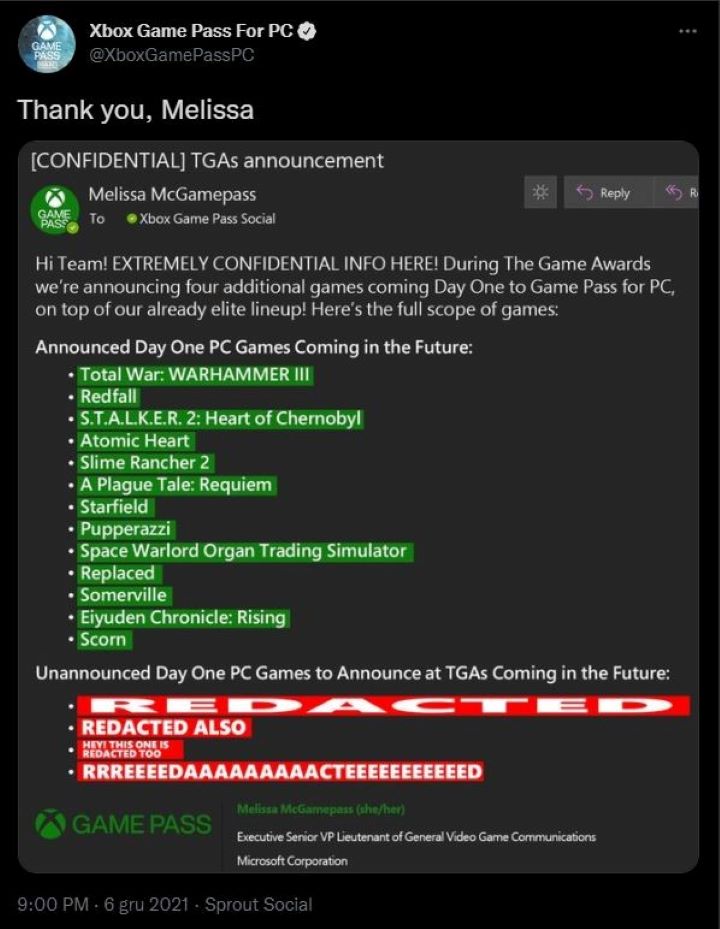 A post has appeared on the Xbox Game Pass for PC Twitter profile, featuring a screenshot of an email from an alleged Microsoft employee with the interesting-sounding name of McGamepass. In it, we can see a number of productions that will join the service's library on their launch day.One of them, that is Space Warlord Organ Trading Simulator will be playable even today.

However, a much more interesting information was found at the end of the email. It turns out that during the upcoming The Game Awards four more games will be announced, which will appear in Xbox Game Pass on their day one. It looks like Microsoft is preparing a surprise for gamers, which may be another incentive to watch the upcoming gala. Curious as to what was hidden under the big red "redacted" sign?