As there is still a long way to go before the release of The Last of Us: Part II (one hundred and eight days to be precise), the developers at Naughty Dog have prepared a dynamic theme for PlayStation 4 and two wallpapers to make the wait for the game more pleasant. The devs have also established cooperation with the Dark Horse company, which will result in a 5" figure of Ellie (the main character) holding a machete. In addition, people who will appear on this year's PAX East will be able to lay their hands on the playable fragment of the game. Before we move on, we must mention that, according to the creators' assurances, the work on the project is already coming to an end, and its debut, scheduled for May 29, is unlikely to be threatened. 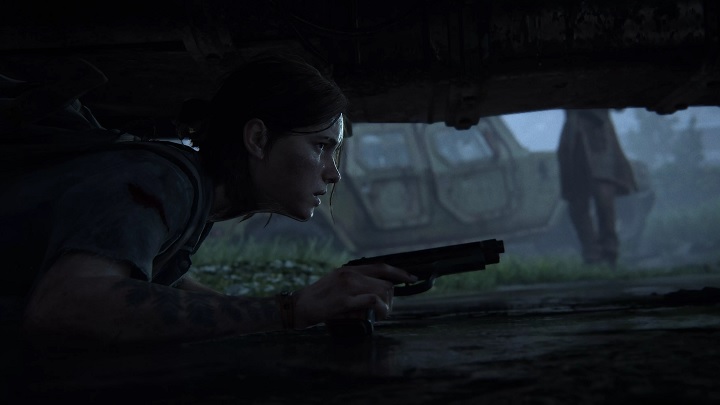 The Last of Us: Part II is one of the last first party titles announced by Sony on PlayStation 4.

The dynamic menu theme from The Last of Us: Part II changes its appearance depending on the time set in our PlayStation 4. Players from can download it for free using the following codes (available until February 11, 2021):

In addition, there are high resolution wallpapers waiting at this address, showing Ellie in two different moments of her life. One of them shows the heroine sitting under a tree with her guitar in her hands and enjoying a moment of peace, the other shows the protagonist hiding from her adversaries.

The aforementioned figure of Ellie holding a machete was priced at 99 dollars. As its circulation will be strictly limited, if you want to purchase one of them, you should place a pre-order at this address before March 13, this year. You will find out if it is worth it, however, by admiring it in the video below.

Dark Horse is also planning to sell a twenty-centimetre Ellie figure with a bow, which will be launched later this summer. Cook and Becker offers high quality art prints of concept arts from The Last of Us: Part II. Although their prices are high, the developers mention the "museum class" and the "individual numbering" of each of them; in addition, they have a "certificate of authenticity".

Finally, a word about the presence of the game at this year's PAX East. If you happen to be in Boston between February 27 and March 1, you should check out the demo version, which includes an hour or so of the game.