Today is the launch of the second and, at the same time, the last major expansion for Metro Exodus, the latest production from Ukrainian studio 4A Games. The expansion is titled Sam's Story and takes us on a journey to Vladivostok, ravaged by a tsunami, where, as the eponymous American soldier, we try to find our way to the hero's homeland and out what happened to his family.

The expansion got a climatic trailer waiting for you below. It's worth remembering that Sam's Story is set after the events of the base version of Metro Exodus, so if you don't want to run into potential spoilers - don't watch the video below.

Metro Exodus: Sam's Story is now available for purchase onPlayStation 4 and Xbox One. Epic Games Store, Steam, and Google Stadia released the DLC according to the schedule revealed yesterday by the devs via Twitter.

It's worth taking this opportunity to remind that exactly one year after its release on Epic Games Store, on February 15, the base version of Metro Exodus will finally debut on Steam. The devs have confirmed that they are currently not planning to make their work available on GOG.com. 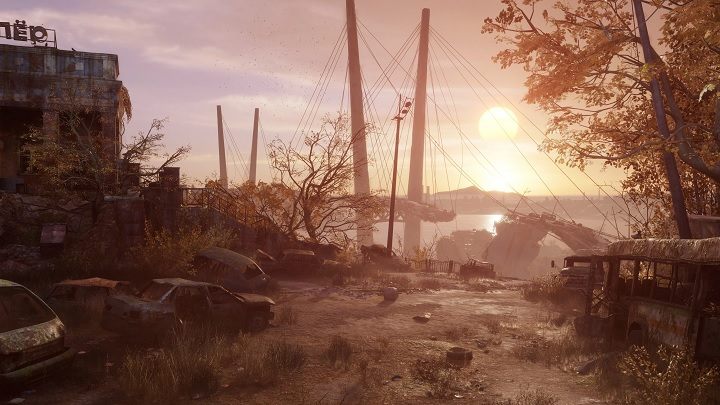 Vladivostok is a beautiful city even after the nuclear apocalypse.
video gamesDLC and expansions game release 4A Games trailers (games) Metro (franchise) PCPS4XONE