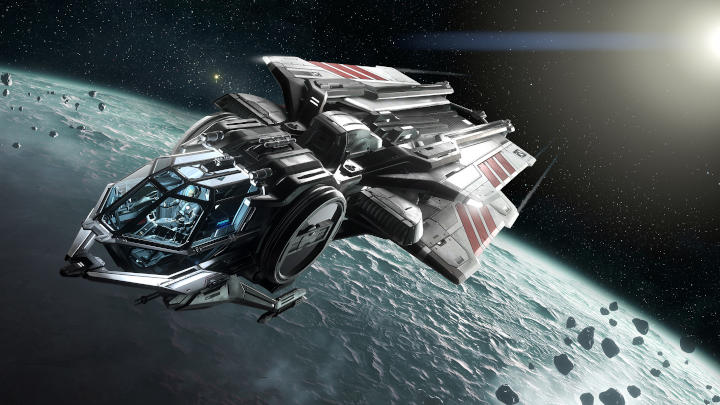 One of the ships available during the free week is the RSI Aurora.

Cloud Imperial Games is celebrating the release of the Alpha 3.7 update to Star Citizen. From now on, to November 3, all interested parties can test the space simulator by Chris Roberts for free. Just register on the promotion website (or log in using an existing account), activate the code "GETINTOTHEVERSE", and then download the game to your hard drive.

If you decide to take advantage of the free week, you will be able to fly one of five space vehicles (Consolidated Outland Mustang, RSI Aurora, Aegis Avenger Titan, Banu Defender or Drake Cutlass Black). During the event, players will have the opportunity to experience all the new features introduced by patch 3.7, such as exploring caves and excavating resources.

Until November 5, until 9 AM (PT), the Star Citizen website also offers a special offer on two starter packs to Star Citizen. Costing $45, the packs include:

Star Citizen is in early access since June 2014. The game is created thanks to the support of fans, who have raised more than 293 million dollars for the development of the project. Title is available only on PC - requires a quad-core CPU, DirectX 11 compatible graphics card with 2 GB of memory (recommended 4 GB) and 16 GB of RAM. Creators recommend installing the game on SSD hard drives. The production will run on Windows 7 (64-bit) with Service Pack 1, Windows 8 and Windows 10 (Anniversary Update) updates.