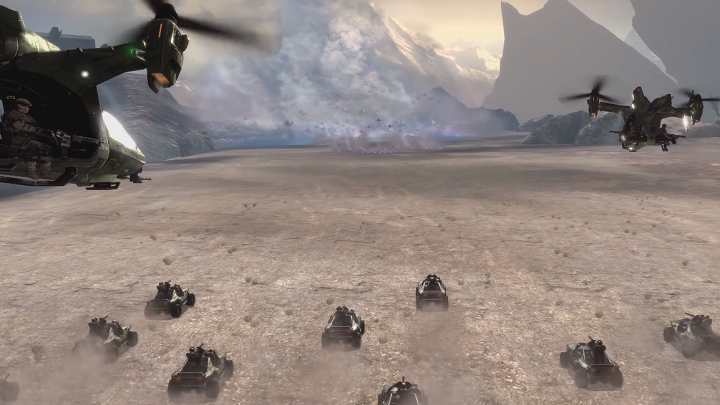 Bans are on the way! / Source: Hello.

Only two days ago we wrote that the closed tests of the PC version of Halo: Reach have started. One of the testers most likely felt the need to become a "hero", and the beta is now available to everyone. If you want to play, don't get tempted. As Tyler Davis from 343 Industries announced, every download or playing an illegal copy will end in a ban. A painful ban - the banned account will be unable to play all the developer's games, present and future. It is not known whether it will include the Halo: Reach for Xbox version.

The closed beta lasted from 29 June until today and there was some controversy surrounding it. Only one thousand people were invited to take part in the tests, so there were voices about favouring "relatives and friends". 343 Industries responded to the allegations by asserting that larger tests were already planned. When, you may ask. The creators respond:

"As stated many times before, it's ready when it's ready.

Halo: Reach is the first piece (or rather prequel) of Halo: The Master Chief Collection, the parts of which will be published chronologically. The collection will also include Halo: Combat Evolved Anniversary, Halo 2, Halo 3 with Halo 3: ODST and Halo 4. We will have to wait for specific release dates to be revealed. All we know so far is that the premiere of the prequel is planned for the end of this year.